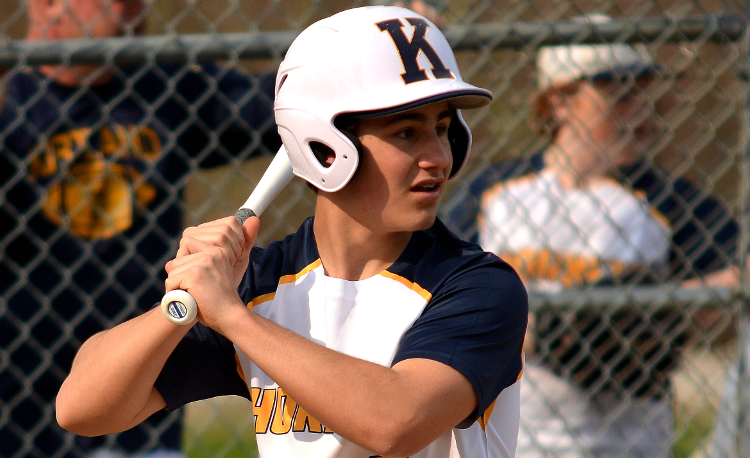 Andrew Spencer struck out seven and Seann McGill and Joey Mongelluzzi both had two hits to lead Kirtland to a 9-1 win over visiting Cardinal on Monday.

With the win, the Hornets swept the Huskies and improved to 8-3 overall and 7-0 in the Chagrin Valley Conference Valley Division.

“Sweeping any series in conference is always nice,” Kirtland coach Luke Smrdel said. “We try to make sure we have all of our cards in order with our pitchers and we’ve gotten a lot of quality starts out of our staff this year, which has been a tremendous help to being able to have the start that we’ve had this year.”

Spencer improved to 4-0 on the year. He allowed one unearned run on five hits.

“Andrew has been dominant because he gets ahead of hitters, mixes up his pitches, mixes up his timing, has confidence in his defense, and most importantly, he understands the art of being a pitcher,” Smrdel said. “It’s incredible to see a sophomore understand such a fine art. It’s almost like watching a young Picasso out there when he’s on the mound.”

Mongelluzzi and McGill combined for four of Kirtland’s eight hits but the Hornets were effective in putting the ball in play and moving runners.

“I’m going to guess this is the first time ever that someone has opened the paper and looked at the area stat leaders and a team’s eighth and ninth hitters were leading the area in hitting,” Smrdel said of his offense. “Coming into the year, I knew that our lineup 1-9 was solid, but the production thus far has been unbelievable. Everyone in the order is ‘patiently aggressive,’ which is the biggest thing we try to teach our hitters. They’re starting to understand the importance of situational hitting too, and even if one guy has an off day the next guy picks him up. Hopefully, we continue getting even better game by game.”

Mongelluzzi finished the game 2-for-3 with a double, two runs scored and he knocked in a pair.

“My main goal every plate appearance is to hit the ball hard somewhere,” Mongelluzzi said. “Even if you’re not getting hits, but you’re hitting it hard, it really helps your confidence.”

With speedster Joey Torok batting leadoff and Mongelluzzi coming up behind him, the Hornets have been very effective in scoring runs at the top of the order.

Mongelluzzi currently ranks second on the team with 11 runs batted in.

“It’s very nice having Joey in front of me,” Mongelluzzi said. “He gets on base a lot and it definitely gets in a pitcher’s head when Joey Torok is on first. Sometimes, if they are too focused on Joey first pitch, I might get a meaty fastball right down the pipe.”

Dan Heredos led Cardinal at the plate as he finished the day 2-for-3. Matt Carney, Justin Shank, Parker Campbell and Brandon Collins also had hits.