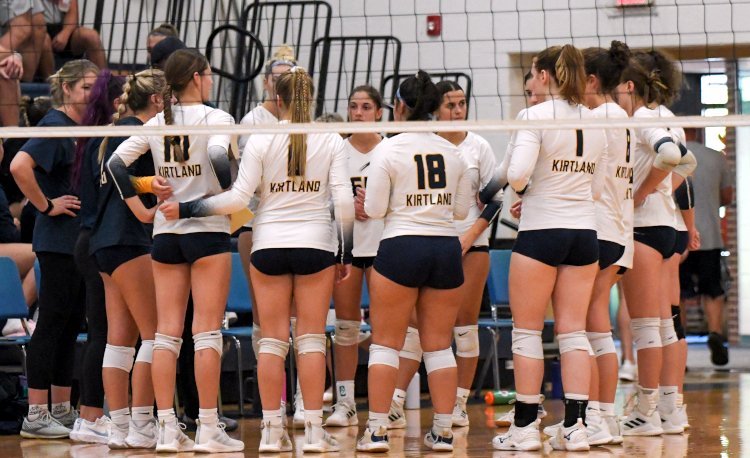 With the final week of the regular season upon us, there isn’t much drama centered around the Chagrin Valley Conference.

Most of the conference titles have been determined in boys’ and girls’ soccer and volleyball. All that remains to be decided is the Chagrin Division volleyball championship.

Hawken controls its own destiny in its hunt for that title.

The Hawks are 6-0 and can clinch the division title with a win at 6-1 West Geauga on Tuesday. The Hawks swept the Wolverines at home back on Aug. 25. Should West Geauga pull off the upset, the Wolverines would clinch a share of the title and could win it outright if the Hawks drop their final league match at 3-3 Chagrin Falls on Thursday.

Lakeside won the Lake Division title with a 6-1 record. The Dragons close out league play against Harvey on Thursday but with two wins over second-place Perry, Lakeside would win a potential tie-breaker if both teams finished league play with a 6-2 mark. Perry closes out its conference schedule at Harvey on Tuesday.

Independence clinched the Metro Division title last week. The Blue Devils are 9-0 with one match remaining at Brooklyn on Tuesday. Lutheran West will finish as the conference runner-up. The Longhorns are 7-2 with a match against Richmond Heights remaining to be played.

Kirtland locked up another Valley Division title with its win at Berkshire last week. The Hornets are 9-0 and will look for its second straight undefeated conference slate at Cardinal on Tuesday. Berkshire and Crestwood are in a fight for second place that will be decided on Tuesday night. The Badgers are 7-2 but travel to 6-3 Crestwood to close out league play.

In boys’ soccer, Harvey won the Chagrin Division title with a 4-0-1 record. Hawken finished second with a 3-0-2 mark.

Beachwood swept all six of its league opponents to win the Metro Division. Lutheran West was second at 5-1.

Berkshire’s late goal in a game against Kirtland late last month proved to be a big one as it earned the Badgers a share of the Valley Division title with the Hornets. Both Kirtland and Berkshire finished 6-0-1 to split the title.

The rivalry between the girls’ soccer teams at Chagrin Falls and West Geauga intensified this fall as they battled to a 2-2 tie during the regular season and both teams finished 3-0-1 to earn a share of the Chagrin Division title.

Berkshire won the Metro Division with a 7-0 mark. Wickliffe finished second with a 7-1-1 record.

Crestwood cruised to the Valley Division title with a perfect 6-0 record. Geneva was second with a 4-1-1 mark.