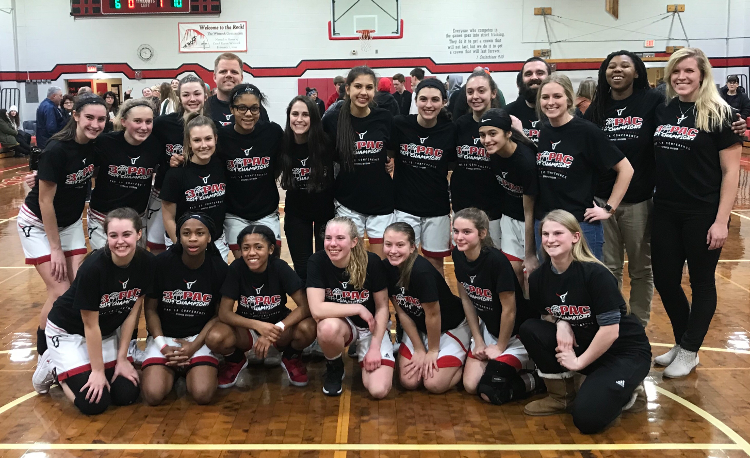 A new conference hasn’t changed the expectations at Lutheran West.

The Longhorns return four starters from last year’s team that finished 21-4 overall and won the Patriot Athletic Conference with a 14-2 mark, but this year, Lutheran West moves into the Chagrin Valley Conference Metro Division.

“I am excited about the team we have and the potential they have,” said Lutheran West coach Trey Senney, who is 91-37 in six years at the school. “We have a lot of returners that play unselfishly and play well together.”

Lutheran West will continue to rely on its athleticism and tenacity to win games this season but the Longhorns also have another weapon at their disposal.

“We have some inside size this year and some athleticism as well,” Senney said. “We want to utilize our size more offensively and try to be more aggressive defensively as we try to use the athleticism against other teams.”

Senney is using the preseason to identify which players are going to step up in crucial times.

“We haven’t figured out who is going to be our go-to player yet in tough situations to get a basket,” he said. “As we scrimmage, I am interested to see who can create the most opportunities for their teammates where we would feel comfortable putting the ball in their hands late in games to create points or opportunities for us.”

Competition has been fierce in the preseason, leaving the door open for several players to earn a starting nod.

Currently, two seniors, two juniors and a sophomore are projected to start but that could change substantially before the season begins in two weeks.

Seniors Paris Mather and Julia Ellerbruch both are returning starters.

“Hope is a phenomenal athlete and really strong defender. She is a very capable offensive player that I am excited to see grow into a larger offensive role this year,” Senney said. “Talia has really improved from last year and I am looking forward to her growing into the point guard position this year.”

Sophomore Evelyn Albers, a 6-foot center, returns to the starting lineup after averaging 3.1 points, 5.0 rebounds and 1.0 assists per game.

“Evelyn stepped in as a starter partway through the year last year and made a big difference for our team,” Senney said. “She gained a lot of valuable experience and has grown a lot as a player since her first start last season.”

Seniors Kristin Groppe and Jashuanna Harris will compete for a starting role.

“Kristin has a high motor and plays well on both ends of the floor. She will be a huge asset coming off the bench and making us a much deeper team,” Senney said. “Jay is a solid player that will see more time this year with more opportunity to excel as an offensive and defensive player.”