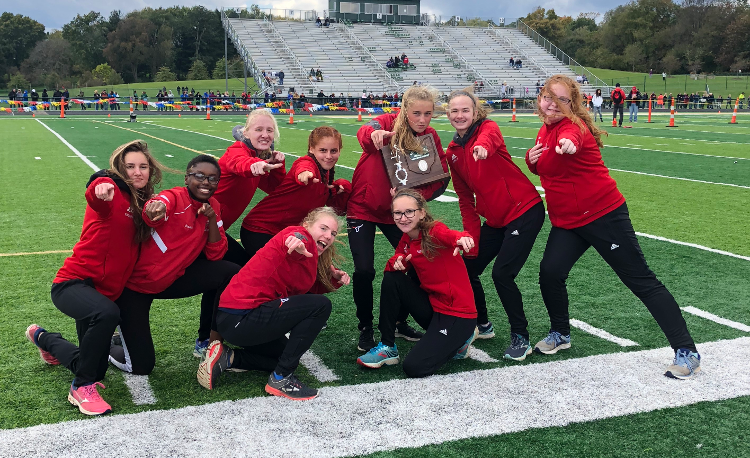 Lutheran West’s cross country teams left their mark on the Patriotic Athletic Conference and now the Longhorns hope to do the same in the Chagrin Valley Conference.

Last fall, Lutheran West finished first in the PAC in the girls’ division while the boys’ team placed second. The girls’ team went on to place second at districts and eighth at the regional meet while the boys earned a fifth-place finish and sent two individual runners to regionals.

“The ladies’ and the gentlemen’s teams are coming off a great 2018 Cross Country season from last year,” Lutheran West coach Anjanette Arabian Whitman. “The returning student-athletes have a great bond and welcomed their new teammates to join in the hard work for more success in 2019. The team put in some excellent training over the summer to increase their level of dedication to succeed as a whole team. We look forward to seeing what the future holds.”

Among the returning runners are standout seniors Kristin Groppe and Paris Mather.

Groppe, a three-time letter winner, set the school record last season when she ran a time of 18:58.2. She won the PAC meet and finished 21st at state after placing 12th in 2017. Groppe is a three-time all-PAC honoree.

Mather, who earned her first varsity letter in cross country last season, placed eighth at the PAC meet and 39th at regionals.

The Longhorns are excited about a handful of newcomers including junior Alayna Lopez, sophomore Emily Atkins and freshmen Kellie Roach and Abbey Hammer-Huber on the girls’ team and sophomore Alex Davila and freshman Edwin Carrion on the boys’ squad.