Wolverines out to defend district title 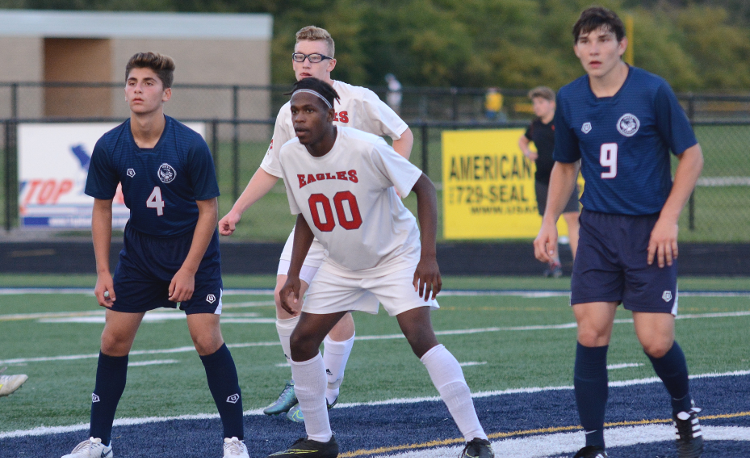 West Geauga returns six starters from the team that won the Division II Mentor District championship last season. The Wolverines open the new season with the intentions of returning to the regional tournament.

The Wolverines have additional inspiration to reach their goals as head coach Mario Gerhardt is in his 50th season as a head coach. Gerhardt spent 47 years at Chagrin Falls and now is in his third year at West Geauga.

Gerhardt’s assistant for the second season is Glenn Korenko, who had a hand in Gerhardt beginning his coaching career.

“It was 1969 and I had just gotten out of the Marine Corps,” Gerhardt said. “Driving past Mentor High School I saw some high schoolers kicking a ball around. I stopped and asked if I could play. They let me but told me that they had players, but what they needed was a coach and I became their first coach.”

Last fall, West Geauga finished the season 12-7-1 overall and 6-1 in league play. The Wolverines earned the No. 1 seed in the Mentor District and outscored their first two postseason opponents, 8-0, before edging Notre Dame-Cathedral Latin in the district championship game, 3-2 in overtime.

The Wolverines lost to Hubbard in the regional semifinals, 2-0.

Following up on that success won’t be easy and Gerhardt knows it will take each player contributing on a daily basis for the Wolverines to reach their goals.

“Each player, whether a starter or substitute, must put the team before self,” he said. “We must hold each opponent to one goal per game. We must perfect our restarts both on offense and defense. The biggest challenge will be to find goal scorers to replace (graduated seniors) Mo Aidja and Dave Beattie.”

Without Aidja and Beattie in the lineup, the Wolverines turn to returning starters Joe DiLalla and Cole Frate—a pair of talented sophomores—to fill the holes.

“If (DiLalla) gets a goal or a couple of assists a game, we will be tough. We are still trying to figure out where to play Joey. Our problem, he can play all positions,” Gerhardt said. “Cole reminds me of Jack Amendola from Chagrin. He has one speed–fast. His goal also is to score a goal a game.”

Senior C.J. Contizano and junior Thade Fedor will patrol the midfield for the Wolverines.

Contizano scored two goals and added a pair of assists while Fedor found the back of the net once last season.

“As captain, (Contizano) is a great role model for the younger players. He is big and strong and when he tackles someone the first time. That person will avoid him the second time,” Gerhardt said. “(Fedor), a midfield starter in 2018, Thade was injured in lacrosse and he is still healing. We are hoping to have him back by the beginning of September.”

“Miguel is a highly skilled and intelligent player who will start the season at central defender, the position he played as a junior,” Gerhardt said. “I am hoping to find a replacement for him there so we can move him into midfield and make him our playmaker.”

“Sam was the starting keeper as a freshman and he again will mind the net for the Wolverines,” Gerhardt said. “Sam had 88 saves during the 2018 season.”