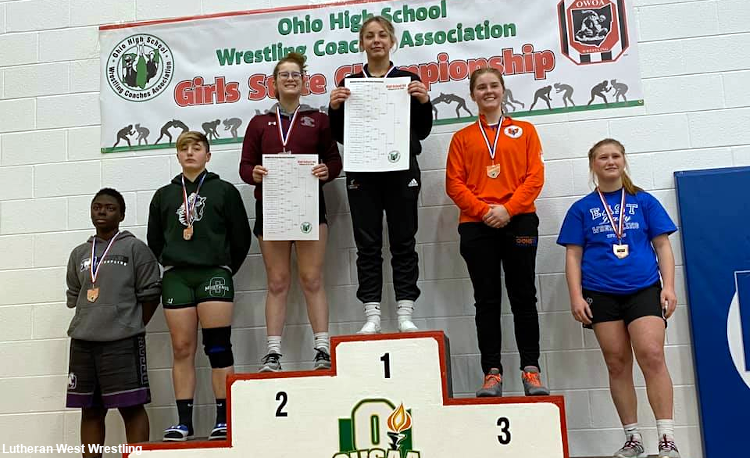 On Sunday, she made history again when she won the 143-pound title at the inaugural Ohio High School Wrestling Coaches’ Association Girls’ State Tournament at Hilliard Bradley High School.

“It means a lot to me that now we get this opportunity,” Pirro said of wrestling in the first girls’ high school state tournament. “It finally came along and I’m the first one to be able to win a title at my weight.”

Pirro didn’t just win the title, she dominated her competition.

She finished the tournament 3-0 with three pins in a total of 4 minutes, 17 seconds. She pinned her quarterfinals opponent in just 35 seconds.

“I didn’t want to get scored on and just wrestle smart,” Pirro said of her goals for each match.

Pirro, a junior, isn’t satisfied yet.

She plans to work even harder to defend her title next winter.

“I practice all year long and I’m going to work harder to try and get to next year and make sure I win states again,” she said.

She finished the tournament 4-1 with four pins.