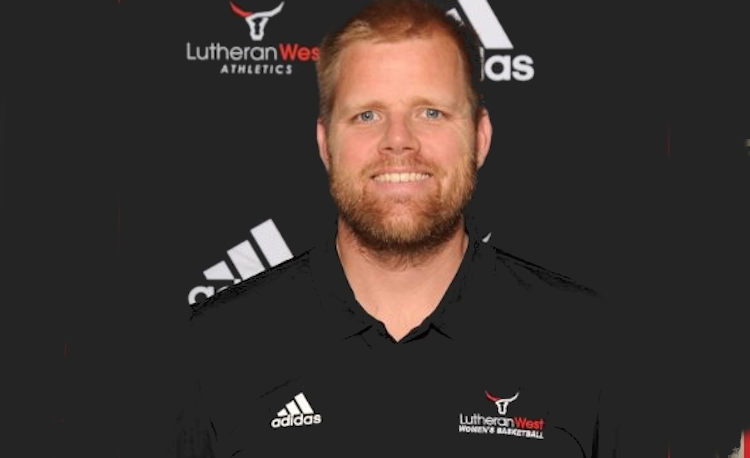 With the win, the Longhorns improved to 9-4 overall and 3-2 in Chagrin Valley Conference play and handed head coach Trey Senney the 100th win of his coaching career at the school.

“The milestone only matters because it’s a great reminder of the awesome experience I have gotten at Lutheran West over the last six years,” Senney said. “The relationships with the kids and families over this time is what is special. This Milestone is a testament to the kids and the families that have been involved with the program over the last six years. I have been really lucky over my time to have coached some amazing kids that have really trusted me and bought into the program and me as a coach.”

Senney, who is in his sixth season at the school, has learned a lot in accumulating those 100 wins.

“I made a lot of mistakes my first year and we lost a lot of games and a lot of close ones,” he said. “Those experiences of failure and how my team was that first year of coaching really taught me how I needed to run the program as a whole in the future. We have a large emphasis in our program on developing the girls as Christians and as teammates. Building their faith as young women and teaching them to be a part of something bigger is what we strive for. The more emphasis we put on those two things, the more success we have been able to achieve. We have had some talented kids come through our program in the last number of years, but the buy into our mentality and program pillars have led to our success.”

Trailing by two with just over a minute to play, the Longhorns rallied behind Evelyn Albers and Paris Mather, who combined for four free throws in the final seconds, to seal the milestone victory.

“It was a great high school game to be a part of,” Senney said. “Win or lose, both teams played really hard and well. The game was filled with runs by both teams and exciting to be a part of. This game will always be memorable as a part of my coaching career.”