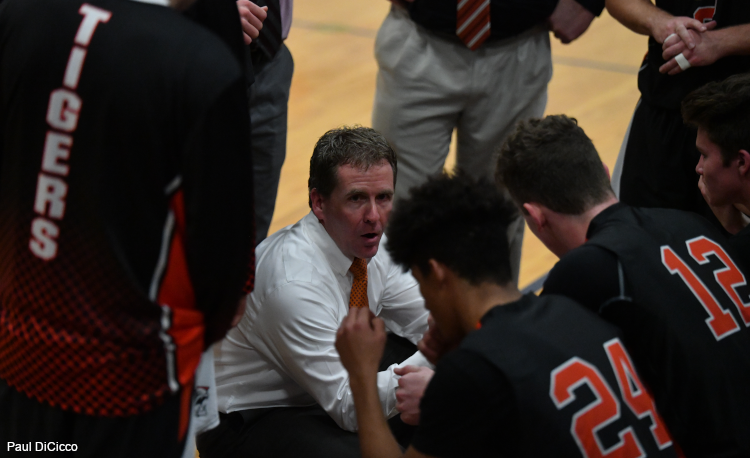 “I look at the 200 wins as a program milestone rather than an individual accomplishment,” Bargar said. “We have a great staff that has been together for a long time and I’ve been fortunate to coach terrific kids throughout the years. I was able to coach my son and nephews, which has been memorable, but as a former player at Chagrin playing under Coach (Glenn) Wyville, it is humbling to be a small part of the program’s history.”

The Tigers struggled a bit in the first half to counter Geneva’s defensive pressure. That changed in the second half.

“Geneva is not an easy team to play,” Bargar said. “They are constantly getting their hands on balls and force you to always be aware of the situation. We had 10 turnovers in the first half but did a much better job in the second half taking care of the ball.”

“We did a really nice job tonight sharing the ball and getting open looks as we had another well-balanced attack,” Bargar said. “Cam and Tate made big baskets for us at key moments in the second half that enabled us to extend the lead. We had contributions from a lot of different guys; Jack was terrific inside, Josh played his usual strong all-around game and Evan made some tough shots in the fourth quarter to help put the game away.”