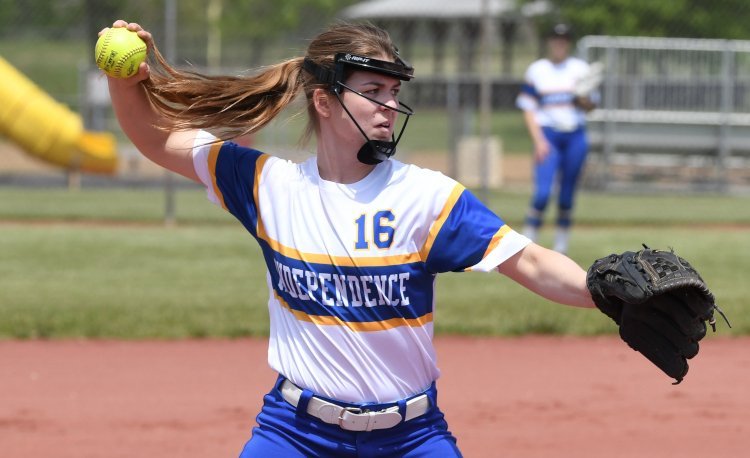 Independence’s softball team has a new coach but the Blue Devils will carry the same expectations into the 2022 season.

Longtime assistant Mallory Kobak took over for Garry Moore and she’s confident her team will carry on the successful tradition of the program.

“We have a solid lineup heading into the 2022 season,” Kobak said. “With seven returning starters and two strong freshmen covering second base and catcher for us, therefore, at this point, we are in a good spot to succeed. Our schedule is challenging but we are excited to take on those challenges.”

“We expect our senior group to pick up right where they left off last season, tough and ready to win,” she said.

Independence’s success will start with senior pitcher Ashleigh Porter, who also is one of the team’s top hitters.

Two seniors and a junior also return for the Blue Devils in the infield.

“Ashleigh Porter will be strong in the circle for us,” Kobak said. “Junior Natalie George moved to shortstop and senior Tiffany Niro is at third base. Senior Anna Weber remains at first base. (Porter) has a strong returning infield behind her.”

Senior Sophie George and sophomores Keely Sears and Cat Rieger are back with another year of experience under their belts.

“They are all returning tough to their 2021 positions and will support Ashleigh anytime she needs it,” Kobak said.

Independence added several underclassmen who will make an immediate impact.

Freshman Macey McGhee will start at second base while classmate Paige Priebe will catch. Sophomore Ally Biondi will spell Porter in the circle as she prepares to be Independence’s pitcher of the future and sophomore Camryn Mazzola and freshman Alexa Johnson will provide depth in the outfield.

“One of the biggest strengths we have coming into the 2022 season is the focus and intensity our girls have for the game,” Kobak said. “Every practice is taken seriously with all players holding themselves and each other accountable in every play they make. We want to be the best and will do whatever it takes to get there.”

As excited as Kobak is for her first season as head coach, she also knows her limited roster must remain healthy for the team to achieve its goals.

“We have a small squad this year therefore, avoiding injuries will be the biggest potential challenge we face this season,” she said. “In order to be successful this season, our mentality must match what we have been preaching all preseason–do your job, be intense, and have fun doing it.”