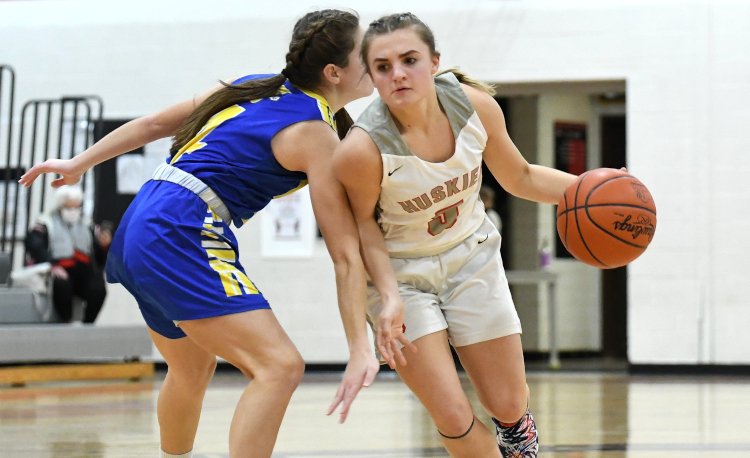 Optimism is high at Cardinal as the Huskies return three starters from last season and add two girls who took time away from the sport.

The Huskies do have some challenges to overcome, but third-year head coach Joe DiMattia is confident his squad will improve on its 6-16 record from a year ago.

“Based on what I know about the girls, this is the most optimistic I have been coming into a season,” DiMattia said. “We return three starters, we have some experience on the bench, and we have two girls coming back who took a year or two off that have great potential to be huge parts of the team. The first few weeks however have not been great. We had a couple of girls quit, we were missing a third of our team because volleyball was still going on, and I’ve had to miss a couple of days of practice due to personal issues. It has me concerned that we may get off to a slow start, but hopefully, we are able to shrug everything off and play well once the season starts. If we play like I think we can play, I am excited to see what we can do and I think that we will be able to compete with most teams on our schedule.”

Like most small-school programs, Cardinal is short on true basketball players but the Huskies have an abundance of athletes.

“We have several very athletic people on the team this year, maybe not necessarily basketball players, but very athletic girls that can do a lot of things,” DiMattia said. “Haley Domen, Cassie Nguyen, Lindsay Hissa, and Anna Layman can all play two or three positions. This allows us to adapt to any situations that we may encounter without having to wait for a stoppage of play to get the right personnel into the game. We also have a little bit of height this year, thanks to Hailey Keller returning to play. This is the first time in about four years that the other team won’t have the three tallest players on the floor at all times. Also, our guards are quick. Domen and Ronee Collins should be able to get up and down the court for some easy buckets if we put a little pressure on the other teams.”

Domen returns for her fourth year in the starting rotation and is nearing the 1,000-point mark. She enters the season with 793 points scored.

“Haley is the heart of our team,” DiMattia said. “She does a little bit of everything, actually, a lot of everything. She led the team in points, rebounds, steals, and assists per game last year. She is our main ball handler and also one of the best defenders on the team.”

Hissa, a senior forward, returns to the basketball court after focusing on volleyball for the past two years.

“From everything I’ve seen this year, she didn’t lose too much during that break,” DiMattia said. “She is a solid defender, can get to the hoop, and works hard to get better every day. Even after missing two years, she is becoming a leader, both through her words and actions.”

Collins, a guard, and Nguyen, a guard/forward, are the juniors expected to start. Collins averaged 10.8 points per game and drained 33 3-pointers last season. Nguyen scored 3.7 points with 2.6 rebounds per contest last season.

“Ronee is one of the best shooters on the team. She has some speed, and when she is playing confidently, she is a great compliment to Domen. I have high expectations for her this year and hope that she plays to her potential because she is a good little ballplayer,” DiMattia said. “Cassie is the defensive specialist on the team. She was always assigned to stop the other team’s best scorer last year. She has been working on her shot this offseason to go along with her defensive skills. She is coachable and always has a positive attitude while giving 100-percent all of the time.”

Layman, a sophomore guard/forward, rounds out the projected starting lineup. She scored 3.4 points and pulled down five rebounds per game as a freshman.

“Anna has been pretty impressive so far this season,” DiMattia said. “She had a nice year as a freshman. She finished fourth in scoring and third in rebounding. Not only is she aggressive and athletic, but she is versatile. She will be asked to play the point, wing, and post at some point this season.”

Keller took last season off and her return provides the Huskies with a capable player in the paint. She averaged six rebounds and one block per game as a freshman.

“Hailey has the potential to be one of the best posts in the CVC this year as long as she pushes herself and keeps her composure,” DiMattia said. “I have seen some signs of maturity from her freshman year to now and that will be key to how big of an impact she can make. If she can shrug off mistakes and keep her composure, she will have a fantastic year.”

Ehrhardt has a high basketball IQ and will see plenty of action this winter.

“Megan is one of the smarter basketball players on the team,” DiMattia said. “She knows her plays, knows where her teammates should be, and sometimes remembers things from last season that I have forgotten.”

Ayer will serve as a backup guard and Simak and Marn will ease into their varsity careers.

“Carly is going to have an important role this year giving Ronee and Cassie a break. She can shoot the ball well and has a motor on her,” DiMattia said. “Brenna is coming in as a freshman who hasn’t played basketball since rec league in sixth grade. She has a lot of learning to do, but I am impressed with how hard she works. Mel is a first-time basketball player. She is also a hard worker.”

As optimistic as DiMattia is, he also knows the Huskies will face many challenges this season.

He believes they’ll achieve their goals if they can stay positive, improve every game, and work hard in practice and in each game.

The Huskies will rely on their defense, especially early in the season, to set up their offense.

“We are going to have to play good defense,” he said. “We have not been very strong offensively the past couple of years, so defense will have to keep us in the game. (We can’t) get outworked by the other team. We can compete with teams on our schedule, but we won’t be able to go through the motions and be competitive.”