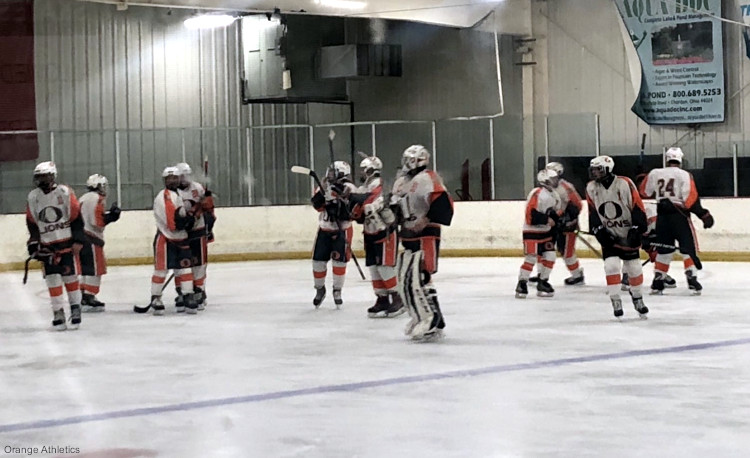 Santa had an extra gift in his bag for the Orange hockey team in the form of a championship trophy from the CVCA Christmas Hockey tournament.

The Lions defeated Normandy, 6-3, in the championship round to earn the hardware.

Jackson Fellinger scored three goals and Danny Moore recorded 46 saves in the net as the Lions won a third straight game despite trailing in the second period.

Orange lost to Normandy in the opening round on Tuesday, 4-1, but rallied to the championship game with wins over Lakewood and CVCA that set up the rematch with the Invaders.

Orange returns to action on Saturday when they host Chagrin Falls.