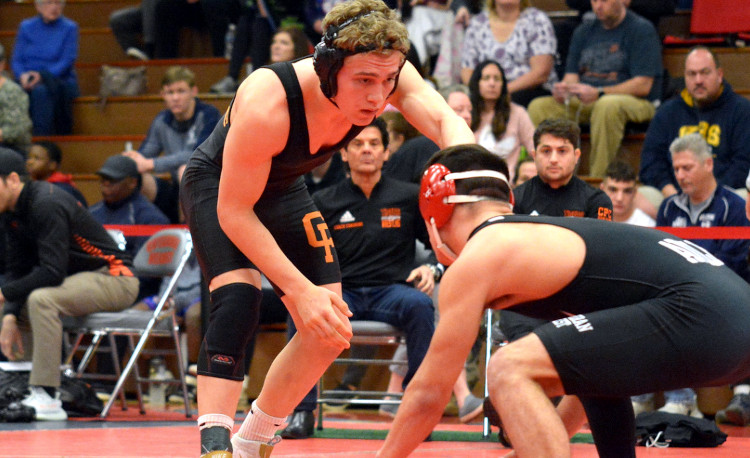 Chagrin Falls’ wrestling team enters the 2020-2021 season several weeks later than normal and without a few of its returning wrestlers, but third-year head coach Peter Cimoroni is confident he has a solid group of wrestlers eager to prepare for the postseason.

“Season-ending injuries have cost us two starters and COVID another three starters and two others moved into a new district,” Cimoroni said. “Our core, however, is strong. We have to keep working and building from within. We have a great young group with excellent senior leadership. We are outstanding in the middle of the lineup and up to 195. We need to pin at those weights.”

Freshmen Hunter Blair, Harrison Fritz and Addison Kohn are projected to wrestle at 106, 113, and 120, respectively.

(Blair is hard-working and has raw talent,” Cimoroni said. “Fritz has a great family pedigree and he is a heady wrestler. Kohn is a hard worker and eager to learn.”

Junior Ronan Fritz will wrestle 126 this season after finishing 15-14 last season with five pins. He was a district qualifier as a freshman.

“He put in the work during the summer and it is starting to show and will bring us strong lightweight leadership,” Cimoroni said.

Sophomores Michael Moissis and Luke Yopko are projected at 132 and 138.

“Michael really is starting to pick up the sport and should be vastly improved this year,” Cimoroni said. “Luke is steadily improving and will be a solid addition to our middleweights.”

Suder was 3-3 last season while Partain was 20-7 with 12 pins. He finished second at the sectional tournament.

“Suder is a first-year strong starter that has been one of those that has really improved and should win in the double-digits this year,” Cimoroni said. “Partain is the hardest worker on the team and has put in an enormous amount of work during the summer and will look to be a force at this weight in the state.”

Freshman Dylan Babic will wrestle 160 while junior Cam Macik is projected at 170.

“Dylan is a hard worker,” Cimoroni said. “Cam has shown improvement and will be a winner this year.”

Seniors Holden Woofter and Owen McClintock provide the Tigers with experience and talent at the upper weights.