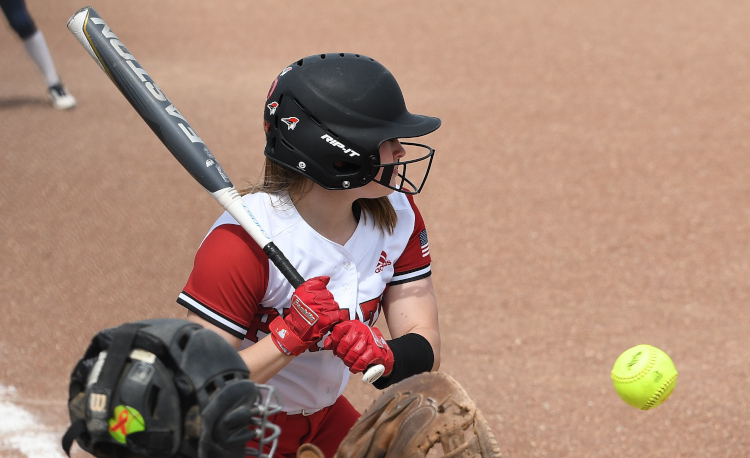 With a 14-1 win at Grand Valley on Monday, Perry extended its Chagrin Valley Conference winning streak to 60 straight games.

The Pirates started off a bit slowly but found their groove in the fourth inning and went on to invoke the run-rule after five.

“The girls came out a little flat today then had a couple of big innings,” said Perry coach Joe Medlen. “Elle Infalvi and Faith (Hartman) got things going for us and it was really great to see us hit today throughout the lineup and to see No. 9 hitter Emma Webb having a big day at the plate.”

Hartman and Infalvi opened the game with back-to-back singles and Sydney Moon walked to load the bases with no outs. Lilly Agostine hit into a fielder’s choice with one out to make it 1-0 and Gigi Vicini singled home another run to give the Pirates an early 2-0 lead.

Moon and Emma Pietrzak drew back-to-back walks to start the Perry third and Moon scored on a Vicini groundout to push the Perry lead to 3-0.

The Pirates broke it open with a seven-run fourth.

Calli Thompson was hit by a pitch to open the inning and Webb drew a walk. Thompson stole home to make it 4-0 and Hartman singled home Webb to push the lead to 5-0. Infalvi then doubled home Hartman.

“Approaching today’s game, I knew it was important to hit the ball hard and make Grand Valley’s defense work to get outs,” Infalvi said. “We were in a little bit of a hurry by the time we got to the field so Faith and I didn’t get any warmup swings, but we still saw the ball pretty well today.”

Moon and Pietrzak both walked to load the bases.

The Pirates scored runs on an error and two groundouts to end their fourth with a 10-0 advantage.

Infalvi singled to lead off a four-run fifth inning rally. Moon drew a walk and then Pietrzak hit an RBI single and Agostine followed with an RBI double. Mia Ward and Margeaux Robinson both walked and Webb hit an RBI single to close out the Perry scoring.

“After we strung a few hits together we did a pretty good job of scoring runners,” Infalvi said. “We always tend to feed off one another if something goes well in the field or while hitting, so once a few people get on base, it was hard to stop momentum.”

Grand Valley’s Emma Sullivan led off the Mustang fifth with a double and scored on Taylor Hall’s single to break up Perry’s shutout bid but it wasn’t enough to prevent the run-rule from ending the game after five.

Perry improved to 7-3 overall and 4-0 in the Chagrin Valley Conference Lake Division. The Pirates now have won 60 straight conference games.

“Conference wins are always something we’re striving for,” Infalvi said. “Reaching the record book was a goal for our team coming into this season, but it took years to pile up 60 wins and many former players also helped reach this milestone. Syd (Moon) and I were here for most of these wins and it’s been so fun to set records with her in multiple sports.”

Hartman and Infalvi both pounded out three hits in the win. Webb finished with two.

“Our goal is to get everyone on track in the next two weeks and today was a great start to our goals,” Medlen said. “We just need to play some games in a row and get moving consistently in the right direction. I liked what I saw from the team today.”