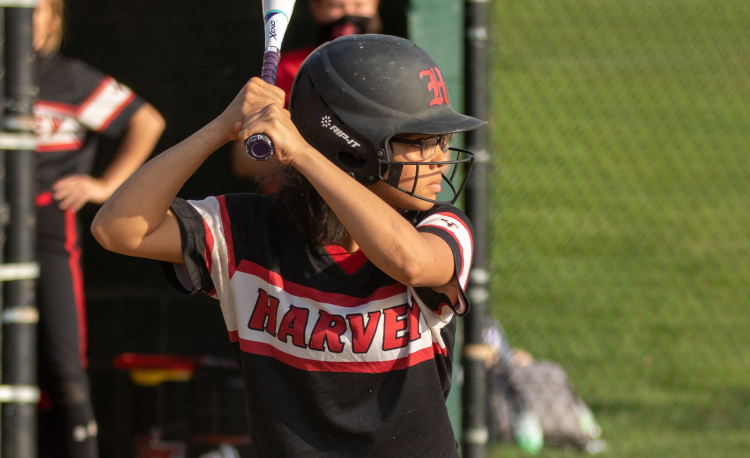 Harvey opened league play with a win over Beachwood on Apr. 6. Two weeks later, the Red Raiders completed the season sweep of the Bison with a 12-2 victory on Tuesday.

“It was a cold day to play a game, but our girls came out ready to play scoring three runs in the top of the first,” said Harvey coach Betsy Hada. “After a throwing error in the bottom of the inning, our defense reigned it back in and did not allow another run the rest of the game. We saw run production from every part of our lineup.”

Lola Thomas and Mira DiPierro both recorded three hits for the Red Raiders. Thomas was 3-for-3 with two doubles, two runs scored, and four runs batted in. DiPierro finished 3-for-4 with a double, three runs scored, and three RBI.

Nya Talley and Rachael Boykin also had three hits each while Alexa Bailey and Adrienne DiPierro both finished with two hits.

Josie Basco drew a team-best 12th walk and stole a base before scoring. Leah Miller had a bases-loaded double in the win.

Bailey grabbed the pitching victory. She allowed two runs on four hits and struck out seven.