Questions, excitement in abundance at Hawken 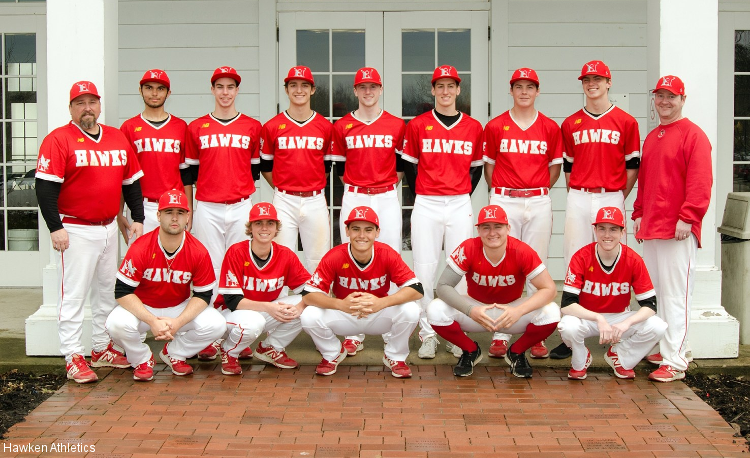 Hawken returns just two starters from last year’s squad that won the Chagrin Valley Conference Valley Division title leaving many questions to be answered this spring. It also provides the opportunity for several newcomers to leave their mark on the program.

“After graduating seven seniors from the starting lineup and losing two other players from the varsity team, we have a lot of question marks coming into the 2019 season, but we are also very excited for some younger players to get the opportunity to compete on the varsity level,” Hawken coach Aaron Brandt said.

Adding to the excitement this spring is Hawken’s move to the CVC’s bigger school division meaning the Hawks will see several new teams on their schedule this spring.

Brandt will lean on senior Nick Bislich this senior to not only provide the leadership the Hawks need on a daily basis but to also anchor the pitching staff and shore up the left side of the infield after playing first base last season.

The three-year letter winner and team captain, who already has committed to continue his education and playing career at Babson College, will start at third base this season.

“Nick Bislich has jumped at the opportunity to lead this team,” Brandt said. “He has worked hard in the offseason to move into the No. 1 pitcher role and will continue to be a powerful bat in our lineup.”

Junior Aidan Hussain returns from an elbow injury that prevented him from playing last spring. He’ll play first base and fill the No. 2 spot in the pitching rotation. Hussain hit .273 with eight RBI as a freshman.

Junior Jack Bukovnik and senior Luke Marks are the only other upperclassmen in the projected starting lineup. Bukovnik, who hit .222 in 2018, will play center field while Marks will line up in right.

“Zach Miller has solidified the catcher position. His dedication to learning the position has allowed him to already prove himself as a top-notch defender,” Brandt said. “Zach Zbanek has one of the most consistent swings as we have had in the program. As a sophomore, he has shown gap to gap power that will be crucial to the success of our lineup.”

Sophomore Ryan McMullen will start at second and freshman Devin Anthony gets the nod at shortstop.

“We are still trying to figure out our best lineup after having a fairly consistent group for the last two years,” Brandt said. “A lot of guys are moving to positions that are new to them in order to fill out the lineup.”

Bislich and Hussain provide the Hawks with a solid 1-2 punch at the front of the pitching rotation.

With that pitching depth and their ability to put the ball in play, the Hawks hope to compete in each game this season.

“We have some decent pitching depth and our batting lineup appears to be strong at putting the ball in play,” Brandt said. “We hope to put pressure on our opponents with an aggressive style of play.”