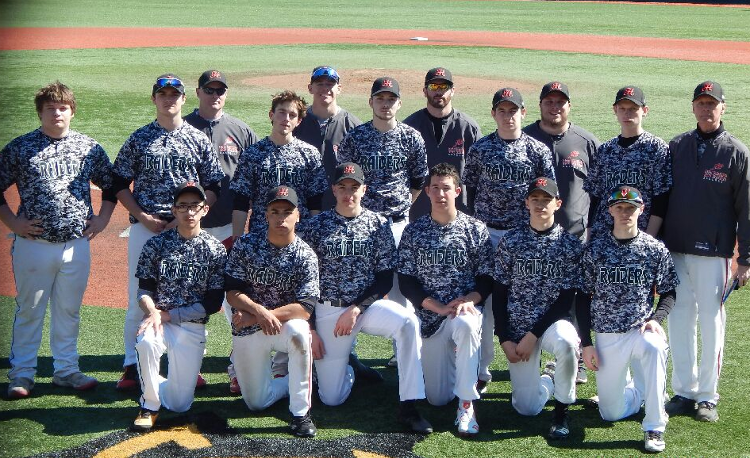 Even with seven returning starters from last season the Harvey baseball team enters the 2019 season with a youthful roster.

The projected starting lineup includes three seniors and four juniors but the Red Raiders are both short on experience and depth.

Despite those challenges, head coach Mark McNamara is encouraged by what he’s seen out of the Red Raiders thus far.

“I am excited to coach this team,” McNamara said. “They are young, but they have a chemistry of playing together in the same class for many years. This group had a successful trip to Dayton where they played at Wright State University and competed against two solid programs in Southwest Ohio splitting the series with one win and one loss.”

Harvey finished 8-16 last season and with a full offseason under their belts, the Red Raiders should be better prepared to compete in the Chagrin Valley Conference Chagrin Division.

“Last year, we were very young and our ability to hit the ball was impacted negatively from our lack of development in physical strength,” McNamara said. “I believe that having additional time in the weight room would help increase our strength for hitting and prevent arm injuries.”

With limited numbers, the Red Raiders are banking on remaining healthy this season.

“These guys on the varsity are in this together,” McNamara said. “They know we are only 10-11 guys strong and because of that, they understand that they have to find a way as a team to hold each other accountable to be successful in all aspects of the game.”

That’s where upperclassmen leadership will come into play and Harvey isn’t short on that attribute.

Senior catcher Matt Hope returns behind the dish but he’s also very versatile and could help out in many other ways and should see time on the hill.

“We are relying on Matt Hope as a senior to help lead this team,” McNamara said. “Matt has been asked to play four different positions. Several colleges have asked to see Matt pitch and play first base, but he also plays catcher and in the outfield.”

Senior Dylan Tuckey will play second and pitch and senior Jordan Walter will line up in center field.

Junior Andrew Pillar is a top defensive player who will start at first base and pitch but could help the Red Raiders in other positions as well.

“Andrew Pillar is one of the best shortstops in Northeast Ohio and will also be playing in several roles for us this year due to low numbers,” McNamara said. “His leadership on the field and in the dugout is the most important value to our team.”

“Ricardo Valadez has been a mainstay for us last year with getting on base,” McNamara said. “When he does, he is aggressive on the bases. (Valadez) has been working hard during the offseason to try and prepare himself to go onto the collegiate level for baseball.”

Junior Cameron Chappell and sophomore Avery Anderson will contribute innings on the mound for the Red Raiders.