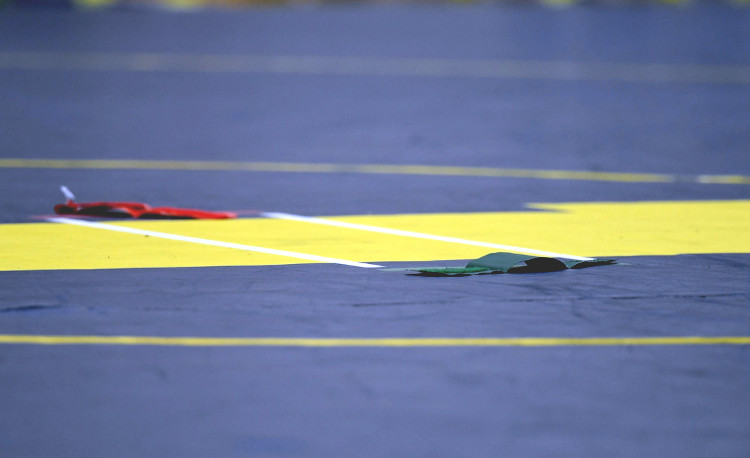 With a young roster, the Crestwood Red Devils expect to take some lumps but 20th-year head coach Dave Wrobel is hopeful his wrestlers will be battle-tested come tournament time.

Crestwood has six freshmen vying for a starting spot so the team has some growing to do before March but that growth was put on hold recently when the school temporarily paused its sports activities due to the spread of the Coronavirus in Portage County.

“Everyone is dealing with COVID, so it’s challenging for everyone, but having time off doesn’t help when you have such a young and inexperienced team,” Wrobel said. “My hope is that with enough practice time and mat time our youngsters will grow up and our upperclassmen will take the necessary leap to become elite wrestlers.”

Despite the youth in the lineup, Wrobel is eager to see what his talented wrestlers can accomplish once they gain some valuable mat time.

“We are young and inexperienced but at the same time have some quality wrestlers that are looking to take the next step in their growth,” he said. “I’m excited about the potential this team has.”

Freshman Dominic Goff is expected to start at 106 while classmate J.P. Wrobel is slated at 113.

Wrobel was 43-8 last year as an eighth-grader and is a two-time junior high state qualifier and the 114-pound district champion.

“Dominic has a few years experience wrestling in the youth and middle school. He competed last year for the club team and won his fair share of matches. We are looking for him to be our spark plug,” Coach Wrobel said. “JP has plenty of wrestling experience as he’s been wrestling since the age of five. We are looking for him to transition nicely into the lineup and build off his successes in the youth and junior high. He has the ability and the drive to compete right away, however, he’ll need to take it to the next level.”

Juniors Charlie Conroy and Mason Daniels are slotted to wrestle 120 and 126, respectively.

Conroy finished 26-15 as a sophomore. He placed second at sectionals and then won a pair of matches at the district tournament. Daniels was 7-11 last winter.

“Charlie did a really nice job for us last season. He was very steady and consistent and won some big matches along the way. This year, he is going to be counted on to take the next step and be one of our leaders on the team. He has the most postseason experience, winning two matches at the district level. Charlie lives the sport of wrestling,” Wrobel said. “Mason is one of three football standouts on the wrestling team. He garnered much attention playing on both sides of the ball and was recognized at the league and district level. He’s one of the most athletic kids in the school, so don’t let the 7-11 record fool you because Mason will compete at the highest level this season. After a successful youth career, Mason took four to five years off to play basketball. He came back last season and competed at both 120 and 126 pounds. He has been able to shake off the rust and has a promising future the next two seasons.”

Freshman Thomas Fusci is expected to compete for time at 126 or 132.

“Thomas was new to the sport last season but was a favorite of the coaching staff,” Wrobel said. “He is hardworking and aggressive, not to mention motivated to succeed.”

Freshman Drake Rennecker and sophomore David Ittel will battle it out for the starting nod at 132 pounds.

Rennecker finished 37-7 last year as an eighth-grader while Ittel is new to wrestling.

“Drake is another freshman with plenty of experience. He has been a mainstay in the Crestwood youth and middle school lineup. Last season, he took a big step forward winning several big matches and tournaments along the way. The coaching staff is looking for continual growth from Drake as he wrestles at either 126 or 132 this season,” Wrobel said. “David is truly a newcomer to the sport but has it in his bloodlines. He’s someone that after just a few practices is always eager to learn and get better. We are excited to see David compete because he’s an athletic kid that will give it his all.”

Returning sectional champion Ethan Strahan is projected to start at 138.

The junior finished 28-17 overall last winter and finished 1-2 at the district tournament.

“Ethan was an animal on the football field while leading the team in tackles for the second consecutive year and was one of the leaders in the conference too,” Wrobel said. “Ethan was recognized at the league and district level for his defensive prowess. No doubt, Ethan is our leader on the mats too. He is one of the hardest-working kids in the room and lays it all on the line when he’s out there competing. Ethan made huge strides between his freshman and sophomore seasons. The key to an even better junior year is consistency. He has already proven that he can wrestle with and beat some of the top competition in the area. Now he needs to do it consistently and big things will happen for Ethan.”

Rutherford won one varsity match last season and was 5-9 at the JV level while Hackney transferred from John Hay, where he saw some varsity time.

“James bounced around last season between 126 and 132. He was another newcomer that was unfairly thrown into the lineup due to depth issues. However, James was a warrior and battled every match. We are looking for James to improve on his technique and take that critical next step where he’s able to compete in every single match,” Wrobel said. “MK is a transfer from John Hay that wrestled some varsity last season. She has shown promise in the early portion of the practice season and will carve a spot out for herself somewhere between 145 and 160 pounds. She has a background in martial arts and played on the high school football team too.”

Juniors Evan Daniels and Tom Brennan are projected to start at 152 and 170, respectively.

“Evan had a stellar football campaign where he earned several honors at quarterback and challenged many school passing records too. Like Mason, his twin brother, Evan took some time off from wrestling, choosing to play basketball instead. When he decided to wrestle again, he found himself wrestling 152 and even 160 although he was a true 145-pounder. He’s a tough kid that wants to win and will put in the necessary time and effort to make it happen too,” Wrobel said. “Tom is very green but extremely eager to wrestle. He’s someone that I was able to pull out of the hallway and was excited to contribute in any way possible. He’s new to the sport so anything Tom gives us will be a bonus but he’s got potential and is willing to learn.”

Kachenko won two matches lasts season but has been impressive during the preseason and could be poised for much more success this winter.

“By far, Bruce has been the biggest surprise of the preseason. His freshman record is deceiving because he was forced to wrestle up a weight class against mostly upperclassmen. He has a great attitude and a strong work ethic. The sky is the limit for Bruce. He’s driven and early indications are showing that he’s a completely different wrestler this season,” Wrobel said. “Keaton has been someone that I have had my eye on for two years. I tried unsuccessfully to recruit him last year but was able to reel him in this year. He is a solid 182 or 195-pounder that had much success as a freshman playing line in football. He seems to really enjoy it and when he figures the sport out will be someone to be reckoned with. We are excited about the possibilities with Keaton both this year and in the future.”

“Gavin, like JP and Drake, are freshmen with some experience,” Wrobel said. “He wrestled in the youth and junior high and is very athletic for a big guy. He moves very well on his feet and has shown the ability to handle himself well in the practice room. Gavin is a guy that can compete anywhere from 160 to 220 as his weight fluctuates and he looks to find his niche in the lineup.”

“Michael is the lone senior in the lineup,” Wrobel said. “After some prodding, Michael decided to come out and help the team. He’s probably more of a 195-pounder but will be needed at 220 to help solidify the lineup. Michael has a limited background in wrestling, but like MK, has some experience in martial arts. He is very smart and has the ability to pick things up quickly. We are excited about Michael’s potential and he should help the team out too.”

Crestwood’s lineup is young but talented.

Wrobel hopes to see continued growth this season and he’s counting on his upperclassmen to lead the way.

“I feel our strength is in our junior class,” he said. “We have four to five athletes that are on the brink of breakout seasons. If they take off like I think they can, it will relieve some of the pressure on the newbies and young guys.”