Redskins down Spartans in postseason opener 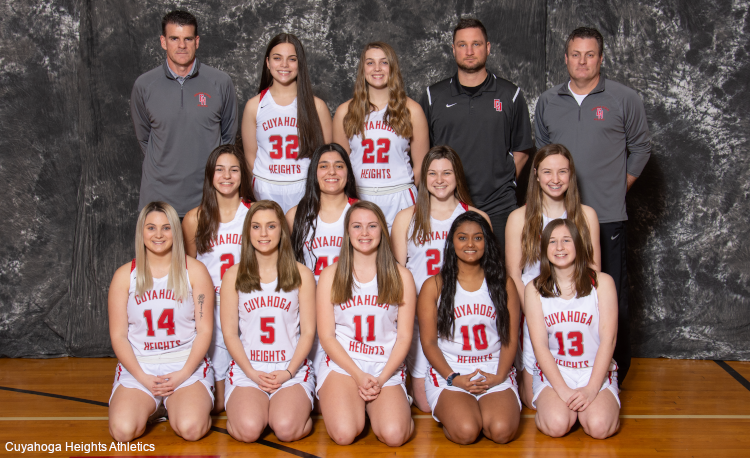 When it comes to winning games, the Cuyahoga Heights girls’ basketball team has a simple formula.

If the Redskins can score 35 points or more, odds are they’ll end up with a victory. That’s exactly what happened in Wednesday’s 35-6 win over visiting Richmond Heights in a Division IV sectional semifinal.

The Redskins are now 10-1 on the season when they reach that 35-point marker.

“We hit five 3s and in games where we can make a few 3s we can get into the 30s,” Cuyahoga Heights coach Al Martin said. “When we don’t make any 3s, then we struggle because we don’t have a lot of size. It’s hard for us to drop the ball inside and score so we have to make some shots from the perimeter and we made a few.”

Cuyahoga Heights had little trouble with Richmond Heights, who began the game with just five players and picked up a sixth shortly after tipoff.

“Richmond Heights is struggling with bodies,” Martin said. “Their best player wasn’t there and they only had six girls but the most impressive thing was the way both their girls and our girls handled the situation. Their girls played hard and our girls played hard. They showed a lot of class and character and didn’t try to run up the score, so that was the main thing.”

Julia Harris hit a pair of 3-pointers in the first quarter as the Redskins took a 12-4 lead. She finished with six points.

McKayla Spicer and Mia Spicer both scored six points in the first half and went on to lead the Redskins with 11 and 10 points, respectively.

“We got off to a good start and hit some shots,” Martin said. “Mia Spicer did a nice job hitting some mid-range shots, which against a 2-3 zone sometimes you get in those seams and have a chance to shoot some eight to 12-footers. That’s a shot that a lot of kids struggle with and she hit some.”

The Redskins held the Spartans scoreless in both the second and fourth quarters.

The Knights opened the season by winning their first 15 games before a judge ruled three senior transfers from Division I state semifinalist Canton GlenOak must sit out the second half of the season due to OHSAA transfer rules.

The team is just 2-5 since that court ruling on Jan. 29 but the Redskins will still have their hands full against the talented Knights.

“We went out and scouted them I think five times,” Martin said. “They’ve got some young girls who are competitive and athletic and play hard. You can tell they have a good system in place but we think we have a good opportunity against them if we play well.”