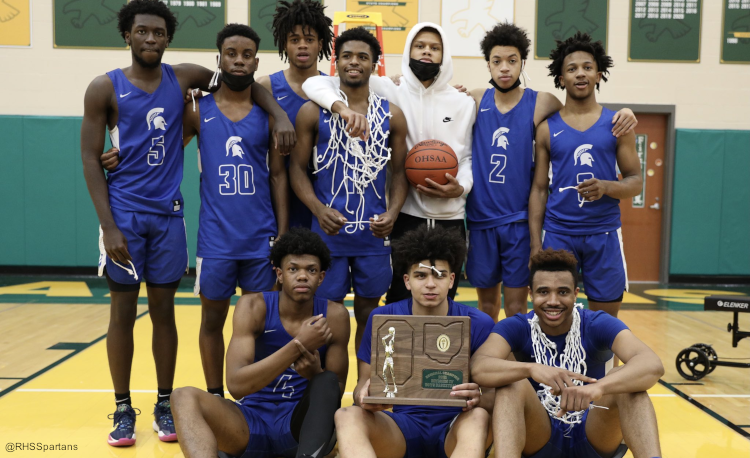 Richmond Heights is headed back to the state tournament for the second time in three seasons after defeating Warren JFK in a regional championship game on Friday, 67-50.

The Spartans first qualified for the state Final Four in 2019, when they lost to eventual state champion Convoy Crestview. Last winter, they advanced to the regional championship game but COVID forced the cancelation of the rest of the tournament, leaving the Spartans with unfinished business this season.

That mentality was on display when the Spartans used a 13-2 run to close out the game.

Warren JFK hung with the Spartans throughout the game and even led after the first quarter, 15-14, thanks to a 3-pointer at the buzzer.

The Eagle lead didn’t last as the Spartans took a 32-24 lead into the break and led by double-digits at one point in the third quarter.

Again, Warren JFK hit key shots and pulled to within six points in the fourth quarter before the Spartans’ game-sealing final run.

Priest Ryan led the Spartans with a game-high 22 points while four others also finished in double figures.

Jaiden Cox-Holloway and Josiah Harris both contributed to the win with 12 points, with Harris also recording a double-double with 11 rebounds, and Malikee Sonie pitched in with 10.

With the win, the Spartans improved to 17-4 on the year and will play Botkins (25-3) in a state semifinal at the University of Dayton on Friday.