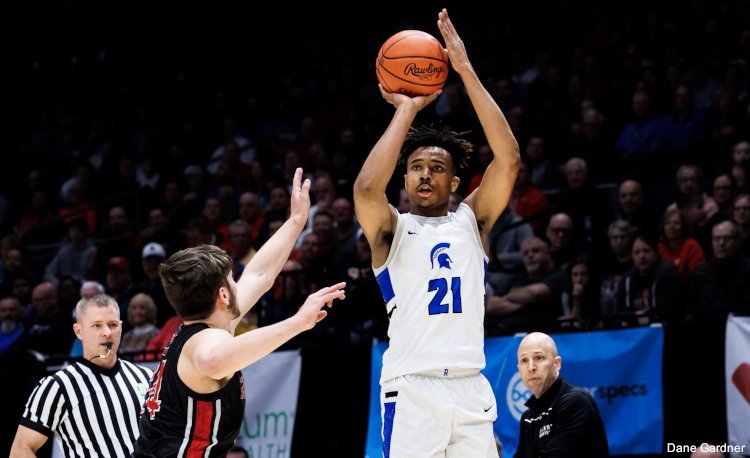 A dominant defensive performance sent Richmond Heights to the state championship game for the first time in school history.

The Spartans held Berlin Hiland to just five second-half points in a 59-21 win in Saturday’s Division IV state semifinal at the University of Dayton Arena.

What started out as a back-and-forth struggle for momentum in the first quarter turned into a rout as the Spartans outscored the Hawks in the second quarter, 8-3, to take a 21-16 lead into the break.

Hiland scored just five points in the third quarter and was shutout in the fourth. The 21 points were a season-low for the Hawks.

Seniors Jaiden Cox-Holloway and London Maiden led Richmond Heights with 12 points each, while freshman Dorian Jones had seven rebounds and eight points. Richmond Heights out-rebounded Hiland, 32-11, and had 30 points in the paint compared to Hiland’s six.

“We know that we’re going to take everyone’s best shot, you need to be prepared for everything out there,” Rogers told the News-Herald. “You can’t tell anything before the ball goes up in the air but our guys are going to be ready and we need to be locked in and prepared. We’ve been physical all season and disciplined with that physicality limiting fouls and turnovers.”