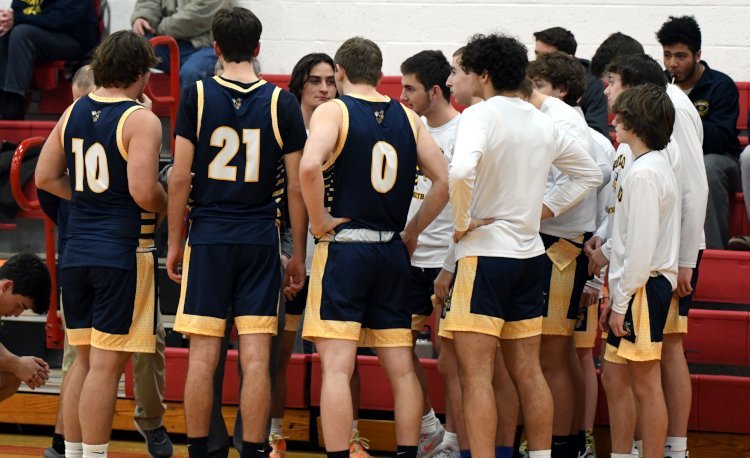 Kirtland was in no mood to share the Chagrin Valley Conference Valley Division title and wasted little time proving it in a 57-39 win at Berkshire on Saturday.

A loss on Saturday would have left the Hornets in a three-way tie for the title with Berkshire and Cardinal.

“It’s great,” said Kirtland coach Shawn McGregor of winning the league championship. “We talked about it before the game just about how we didn’t want to necessarily share the title and the kids went out and battled and the seniors in particular stepped. It was really a group effort. They set this as a goal at the beginning of the year and I’m very excited for them and proud of them.”

Kirtland pounced on the Badgers in the first quarter as Pierce Boyd and Ben Beres both drained a pair of 3-pointers and Ramon Lescano added one to give the Hornets an early 17-1 lead.

The Hornets led 27-10 at halftime and then finished off the Badgers with a 22-9 run in the third quarter.

Boyd added seven more points in the third on his way to a career and game-high 15 points.

“It was awesome, never in my life would I believe I’d do that,” Boyd said of his big night. “Everybody on the bench was hyped and it was hyping me up. They just didn’t think I could shoot, so they’d give me room and I knocked one down.”

Kirtland’s early success on defense set the tone for its offense and the Hornets continued to dominate through three quarters.

“It was our mindset,” Boyd said of the fast start. “We came into the game knowing we had to start strong. We played great defense, which led to points on transition.”

Berkshire converted on just three field goal attempts in the first half.

Jack Hastings sparked the Badgers in the third quarter with a pair of 3-pointers on his way to a 12-point effort. Isaac Potter, who led the Badgers with 13 points, went 8-for-10 from the free throw line in the fourth quarter.

Kirtland closed out the regular season with a 10-11 record overall and a 9-6 mark in conference play. The Hornets open the postseason at Newton Falls on Tuesday.