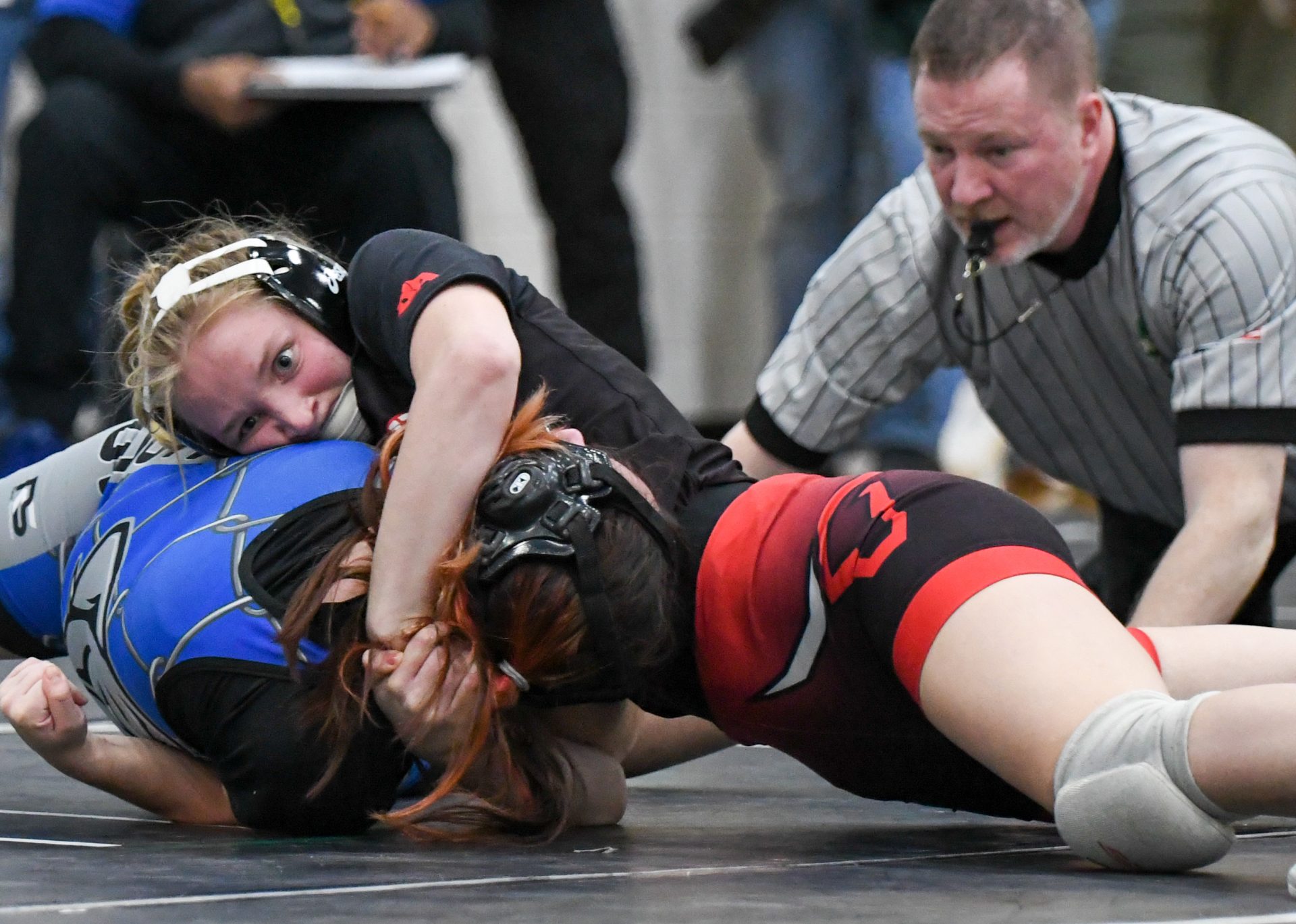 Harvey’s Melany Herrera and Lutheran West’s Catie Kerr and Paris Willis will wrestle on Sunday to determine their placement among the top eight in their respective weight classes.

Herrera opened her tournament run with a setback to top-ranked Makennah Craft of Jackson High School at 100 pounds.

She then recorded a major decision and a pin to lock in her all-state honors. She’ll wrestle Minerva’s Bridget Hilliard in the consolation quarterfinals. She needs three more wins to place third.

Kerr recorded a 59-second pin in the first round at 120 pounds then dropped into the consolation bracket with a loss to Marysville’s Cali Lang. A 9-1 major decision locked up Kerr’s spot as an All-Ohioan. She’ll wrestle Bellbrook’s Jada Weiss in the consolation quarterfinals.

Willis opened the tournament with a 10-1 major decision at 170 pounds and then lost to Logan Hocking’s Aleana Brown, 8-5, to drop into the consolation bracket. She recorded a pin in the blood round and will wrestle Harrison’s Molly Hudler in the consolation quarterfinals.