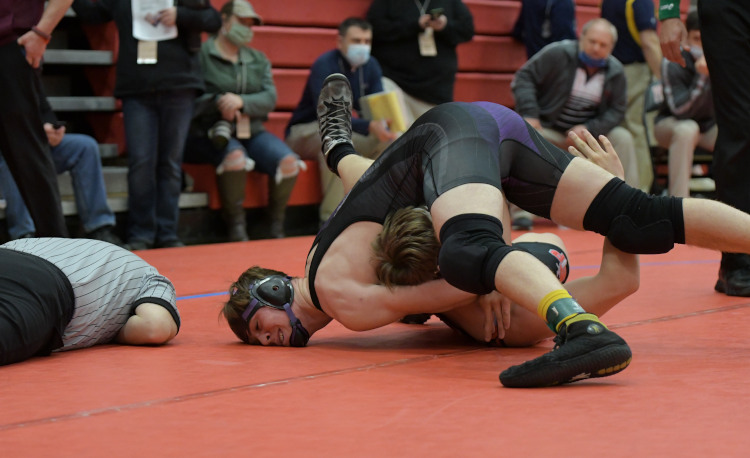 MARION—Three Chagrin Valley Conference wrestlers have reached the semifinals round of the Division III state tournament and two others have earned All-Ohio honors.

Kirtland junior Will Davidson, Lutheran West senior Donovan Palmer, and Berkshire junior Lucas Stoddard kept alive their hopes of winning a state title by winning both of their matches on Saturday. That trio will wrestle in the semifinals round on Sunday.

Davidson (120) needed overtime to slip past Delta’s Carson Chiesa, 7-5, in the first round and then he used a flurry of activity late in the third period to beat Troy Christian’s Jason Shaffer, 11-4. He’ll wrestle Eastwood’s Brandon Hahn in the semifinals.

Palmer flattened his first opponent at 160 pounds in 3:37 and then beat Troy Christian’s Connor Havill in the quarterfinals, 4-2. He’ll wrestle Milan Edison’s Shadrick Stone in the semifinals round.

Stoddard pounced on his first-round opponent with a 52-second pin and then improved to 49-0 with a 5-0 win over Indian Lake’s Lane Mefford. He’ll wrestle Archbold’s Carson Meyer in the semifinals round.

Cottrell pinned his first state opponent before suffering the same fate in the quarterfinals. He bounced back with a 6-4 win to earn a spot on the podium.

Dan Cosimi contributed to this story