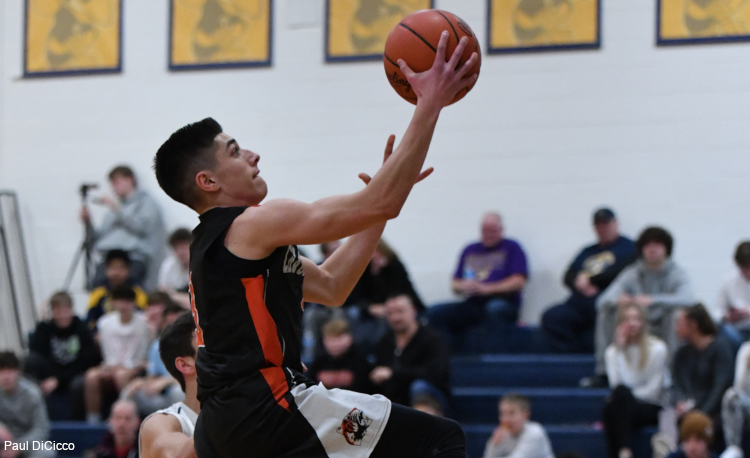 Chagrin Falls’ 72-69 overtime win at Hawken on Tuesday wasn’t pretty but the Tigers will take it, especially considering they were down 18 points and playing without standout Josh Norton.

“We didn’t do a very good job tonight coming out and playing with a sense of urgency,” Chagrin Falls coach Dave Bargar said. “We were playing without Josh and it took us a while for us to adjust to his absence.”

Hawken led 24-23 at halftime and that’s when things took a turn for the worse for the Tigers.

After giving up 21 points in the first quarter, the Tigers allowed 22 more in the third as Hawken jumped out to a double-digit lead.

“We did not defend very well tonight with any consistency,” Bargar said. “It certainly didn’t look too promising when we were down by 18 points with about four minutes left, but our guys didn’t panic. We turned up our full-court pressure in the fourth quarter, something we don’t normally do, and were able to get back in the game.”

Chagrin Falls cut Hawken’s lead to six points with just over a minute to play and eventually forced the extra period with the scored deadlocked at 61-61.

“We kept attacking on offense and were able to get to the foul line and score with the clock stopped,” Bargar said. “We had different guys in the game at times since we didn’t have Josh and we lost another to injury during the game.”

“Our guys never quit and never stopped believing that they could find a way to win,” Bargar said. “The energy on the bench was fantastic.”

Edward Ross led Hawken with 21 points and Eli Buchanan finished with 20 for the Hawks.