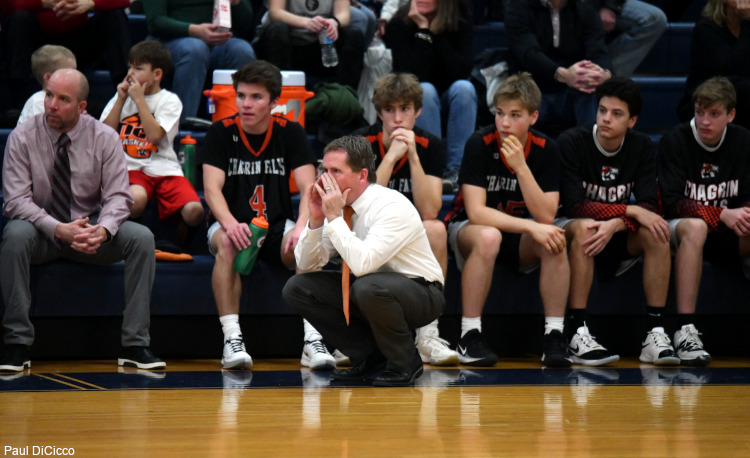 A week ago, Chagrin Falls clinched a share of the Chagrin Valley Conference Chagrin Division title.

On Friday, the Tigers proved they weren’t willing to share that title with anyone else and beat visiting Hawken, 58-35, to win the title outright.

“We wanted to come out tonight and play inspired basketball for 32 minutes so that we didn’t have to share the CVC title and I thought our guys did just that,” Chagrin Falls coach Dave Bargar said. “We did a good job playing with a lot of tempo on offense, which enabled us to get some easy looks. Even though I thought we left a lot of points on the floor at times tonight, our guys didn’t get frustrated and just went on to the next play.”

As balanced as the offense was, the Tigers were even more impressive on the defensive end of the court.

“We did a really good job defensively tonight keeping their shooters under control,” Bargar said. “We went to a zone early in the game and created some turnovers that lead to easy baskets on the other end.”

Chagrin Falls improved to 14-5 overall and closed out league play with an 11-2 mark.

“It’s a good feeling to be able to win this conference outright,” Bargar said. “These guys played as a team all year in a very difficult league. To finish at 11-2 is something they can be proud of.”