Blue Devils own the fourth in win over Lutheran West 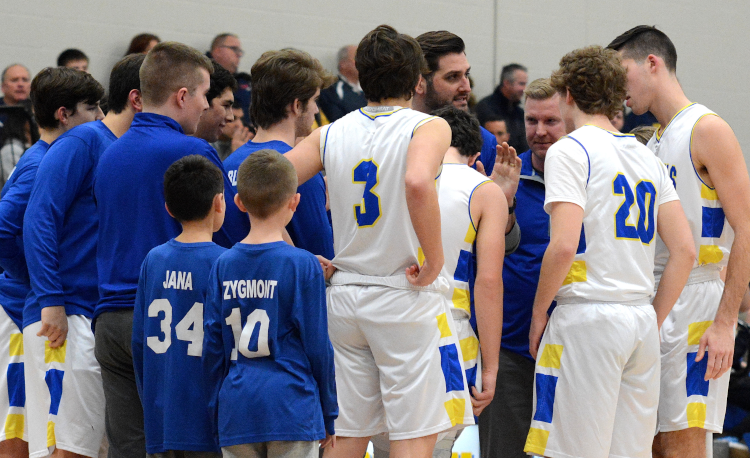 Independence rallied in the fourth quarter to beat visiting Lutheran West on Friday, 45-38.

The Blue Devils overcame a tough third quarter and reclaimed the momentum in the final eight minutes to improve to 13-5 overall and 11-3 in the Chagrin Valley Conference Metro Division.

“We just kept shooting ourselves in our foot in that third quarter, but, I will tell you, there is no quit in our guys,” Independence coach Kyle Johnson said. “They don’t hang their heads. Even if we’re down 8-10 points, we’re never out of a game. The guys just keep battling and find ways to win games. It’s not pretty but when it matters they really buckle down and get things done.”

Lutheran West led after the first quarter, 10-9, but the Blue Devils held the Longhorns to just two points in the second quarter to take a 15-12 lead into the break.

Independence lost the momentum in the third quarter and trailed by three heading into the fourth.

With a two-point lead, Independence pulled down a defensive rebound and Wyatt Flynn added an exclamation point to the win when he slammed it home on the other end.

“I think it kind of took the air out of their sails a little bit there,” Johnson said. “Instead of being a two-point lead, it was four and that kind of sealed the game a little bit.”

Flynn made a heads up play when he saw Kyle Zygmunt pull down the rebound.

“I saw Kyle grab the rebound so I leaked out and he threw me a perfect pass. I just took a few dribbles and went up with it,” Flynn said. “It was an awesome moment seeing and hearing the crowd get into it. The whole game was back and forth and we were down for most of it. I knew that sealed the game and was a great way to end the game.”

Zygmunt led the Blue Devils with a game-high 17 points but the Longhorns did their best to take away his scoring opportunities in the fourth quarter.

Flynn scored nine of his 11 in the final eight minutes and Eric Mitrisin and Casey McGhee both hit from outside the arc in the quarter.

“They did a nice job of getting the ball out of Kyle’s hands,” Johnson said. “They were trying to make somebody else beat them. Casey came in and hit a big three for us and Eric hit one from the top of the key and we finished our layups. They were sending two at Kyle and we did a nice job of finding the open guy and attacking when we had the advantage.”