Tigers on the prowl 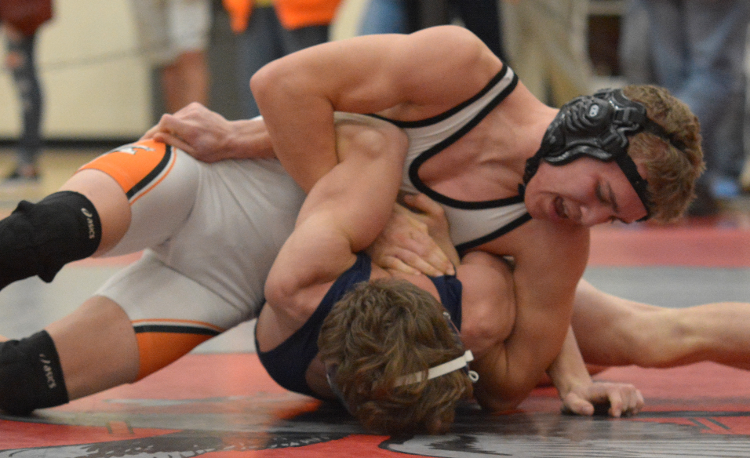 Last winter, Peter Cimoroni began a rebuilding project in the Chagrin Falls wrestling room. This year, he hopes to see the early returns of those efforts.

“Our numbers are tremendously up between the youth level and we’re up on the high school level as well,” Cimoroni said. “When I took over there were five or six kids K-12 and now we’re like over 85 kids in the whole program. That’s a great trend.”

Even more important, the Tigers have developed the talent in the room and have added several more capable wrestlers.

Leading the way for the Tigers are returning all-conference wrestlers Sam Partain and Owen McClintock.

Senior Johnathan Mares, who will wrestle 126 or 132, also has plenty of experience and talent.

Freshman 106-pounder Leo DiPadova also has caught his coach’s attention in the preseason.

“He’s going to take his lumps because he’s little but he’s got some talent,” Cimoroni said. “If he grows into that weight, who knows what can happen.”

The Tigers will nearly fill out the entire lineup. They are missing a couple of the heavier weight classes but will have a lot of competition in the wrestling room this winter.

Assistant coach Jake Goodwin, a former All-American at Notre Dame College, has been tasked with improving the team’s overall technique and coupled with a renewed sense of energy in the room, the Tigers are eager to step on the mat.

“(Goodwin is) our technical expert and he’s bringing a high level of technique so you’re going to see increased ability,” Cimoroni said. “Also, on the dominant level, we’ve got some really strong kids who are starting to dominate their opponents and break their opponents. It’s a good combination of finesse and physicality I haven’t seen out of Chagrin Falls in recent years.”