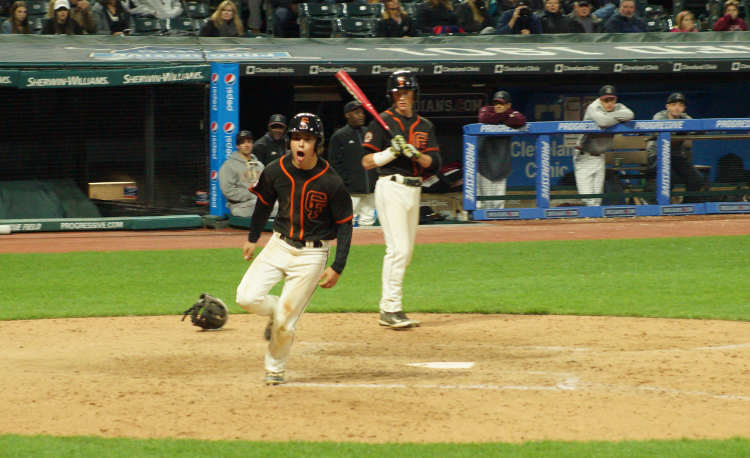 Chagrin Falls returns just four full-time starters from last season but the ‘R’ word the Tigers are using this spring is reload rather than rebuild.

“Obviously, we lost a lot of players from last season,” 19th-year head coach Michael Sweeney said. “However, I feel like once we get some experience, we can be every bit as good as in year’s past. Our JV team went 23-1 last season and had some excellent players that just couldn’t break into last season’s lineup with an excellent group of seniors.”

Sweeney, who guided the Tigers to a 19-9 mark overall and 14-0 record in the Chagrin Valley Conference Chagrin Division, has won six league championships, 10 sectional titles, reached the district finals five times and played in three regional tournaments in his tenure.

Despite his success with the Tigers, even he realizes losing five standout players—including six all-conference players and two All-Ohioans—won’t be easy to replace.

“Our team is definitely a different team than last year with regards to the leadership,” Sweeney said. “We had the same leaders for the past two years and it may take some time for our new guys to develop, but I think it will happen. We are off to a great start and the players who have been around are providing great leadership. The younger players are following along and working hard. It has been a great atmosphere so far.”

Captains Jack Amendola, Cole Weiss and Kyle Zaluski have set the tone for their teammates.

Amendola, a senior outfielder/pitcher, returns to the starting lineup for the third straight season and he’ll earn a fourth varsity letter this spring. The first team All-CVC and second team All-Ohioan batted .488 with 15 runs batted in, 46 runs scored and 56 stolen bases. He enters the year with 106 career base thefts.

He already has committed to continue his education and baseball career at Lafayette College next spring.

“(He’s) one of the best all-around athletes that I have ever coached,” Sweeney said. “He is definitely one of the fastest, but he is so much more than that. He is a player with a lot of talent who can do anything we ask him to do. Jack is no doubt one of the best players in the state and has added more power to his swing. Not only will he steal bases, but he will also drive the baseball. Jack can also go and get it in centerfield.”

Weiss, a Denison commitment, returns as the top arm in the Chagrin Falls pitching rotation. The senior righty threw 23 innings last spring and finished with a 2-0 record and a 1.522 earned run average. He struck out 32 opposing hitters with a fastball that tops out near 86 miles per hour.

“Cole has worked extremely hard in the offseason and has added velocity since last year,” Sweeney said. “Cole is hitting 85 miles per hour at this point in time with the ability to amp it up a few miles per hour once the weather gets warmer and we get outside. Cole will be our No. 1 pitcher and I know he is really looking forward to the challenge of pitching in all of the big games this year. He has good off-speed stuff to go with his fastball. Cole also could have a big year at the plate as he has been swinging the bat very well so far.”

“Kyle is also one of the best all-around athletes that I have ever coached,” Sweeney said. “He hits for power and can also steal bases as well. Kyle will be our shortstop this season and is also one of the best players in the state. He has been a starter since Day 1 of his freshman year. Jack and Kyle provide us with two players at the top of the order who will give opposing pitchers nightmares both at the plate and once they get on base. Kyle has a tremendous glove with outstanding range in the field.”

Dolan is a three-year starter in left who scored 18 runs and knocked in 10 more last spring.

“He is one of the best defensive outfielders to ever play for Chagrin,” Sweeney said. “After a tremendous sophomore year, Sam struggled some last season. I look for him to bounce back and have a big season with the hard work he has put in.”

“Max plays every position well and has been extremely consistent in his career,” Sweeney said. “Max also may help us on the mound this season.”

Scheetz is a right-handed pitcher with a fastball in the mid-80s.

“Dylan throws the ball hard with an excellent curveball,” Sweeney said. “Dylan could be a major surprise on the mound as he has stuff that can dominate.”

Beckwith will play in the outfield and throw some innings in relief.

“Drew could help us out of the bullpen this season,” Sweeney said. “He threw seven innings last season with a 3.00 ERA. Drew should give us a guy that we can go to late in the game.”

Edwards and Pierce both will be consistent contributors for the Tigers.

“Jonathan will play some second base for this year and be a solid contributor to the team,” Sweeney said. “Dawson did a nice job last season when given an opportunity. He will be the starting catcher and help us in a relief role on the mound. Dawson has tremendous power and could be a force in the middle of our lineup.”

Junior Hank Weiss and freshman Andrew Kirkpatrick round out the projected starting lineup.

Weiss will play third and Kirkpatrick is slotted at first base.

Cole Weiss, Hank Weiss, Scheetz and McMullen are projected as the top four pitchers in the rotation and Amendola, Beckwith, Pierce and Faulds provide the Tigers with capable arms in the bullpen.

“Our pitching staff is deep and talented,” Sweeney said. “I believe that we have an outstanding group of pitchers. They just don’t have a lot of varsity experience.”

While Sweeney expects some growing pains as the new faces in the lineup settle into their roles, he’s as optimistic as ever about what the Tigers can achieve this spring.

“I am extremely excited about this team,” Sweeney said. “We have the potential to be one of the best teams in the area. We have an outstanding pitching staff. We should play great defense. We have tremendous speed. I expect us to hit the ball at some point during the season. It should be another fun year. It just may take us a little longer to get going with a much more inexperienced group than last season.”

The Tigers open the season against neighborhood rival Kenston in Myrtle Beach on Sunday.