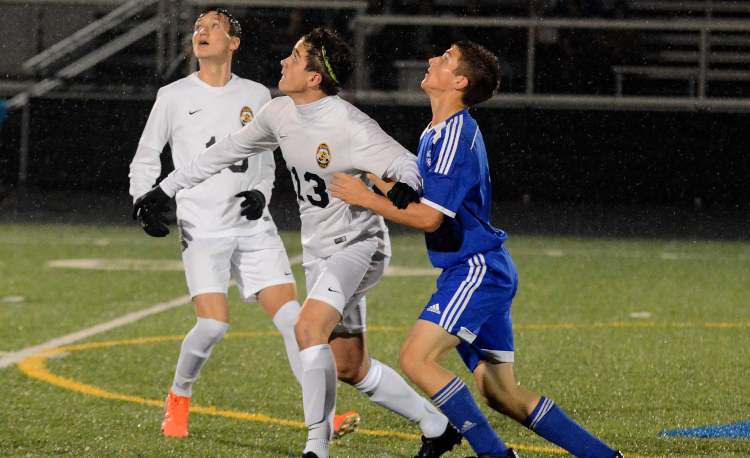 In his 23 years as the head coach of the Kirtland boys’ soccer team, John Valentic has developed a program built on hard work and tradition.

With eight returning starters from last year’s squad that finished 15-5 and played in a Division III regional semifinal, Valentic once again holds high expectations for the Hornets.

“We will continue to focus on our identity and culture,” Valentic said. “Standards and expectations are set at training. If we can uphold those, then the games will take care of themselves and so too will the areas in which we need to improve.”

While it might be hard for the Hornets to improve upon their last two seasons—which includes 2018’s run to the state Final Four—the pieces are place to do just that.

“I’m excited about this season,” Valentic said. “We still have a number of players returning from our
Final Four run in 2018 who are now veterans and eager to lead the new additions we have.”

The biggest hole for Valentic to fill is in the net following the graduation of All-Ohioan Tyler Banyasz.

Senior Spencer Fortney is projected to mind the goal for the Hornets.

“He stepped up this summer to take on the goalkeeper duties,” Valentic said. “He’s working daily to improve. The biggest compliment I can give him is that his teammates have confidence in him to do the job. That says it all for me.”

The Hornets will be as dangerous as ever up top with the return of forwards Mario Rodin, Evan Dures and Nico Podojil-Schlesinger.

“Mario has a nose for the goal and has improved his ability to create his own shot, which will make him more of a threat. Has had a great summer,” Valentic said. “Evan is a great dribbler who will carve up defenders with his excellent shot. He looks to attack on every possession.”

Kirtland’s midfield is equally as talented, especially with senior Marko Cubela dropping back from the forward spot.

As a junior, Cubela returns was named All-Greater Cleveland and he also earned all-CVC honors after an 11-goal, 10-assist season last fall.

“Because of team needs, Marko will move to the midfield from the forward spot but he will have the freedom to attack and help the offense,” Valentic said.

Junior Petar Mijic-Barisic and senior Alex Loncar also will play out of the midfield.

“Petar will have a big responsibility to be our linking player as well as providing defensive cover for our back four. He does the work that often gets unnoticed,” Valentic said. “Alex has steadily improved his game the past four years and is looking forward to seeing all of his hard work pay off.”

On defense, juniors Johnny Raguz, Anthony Svigel and Jason de Zwaan have been tasked with protecting their new goalkeeper.

“He is the defensive anchor with even more confidence who’s grown into being one of the team’s leaders,” Valentic said of Raguz. “Svigel is a smart, accurate passer who may see time in midfield because of his soccer IQ. He can also play in the goal if necessary. Jason has great speed on the outside. He’s really learned how to get forward while still maintaining his defensive responsibilities.”