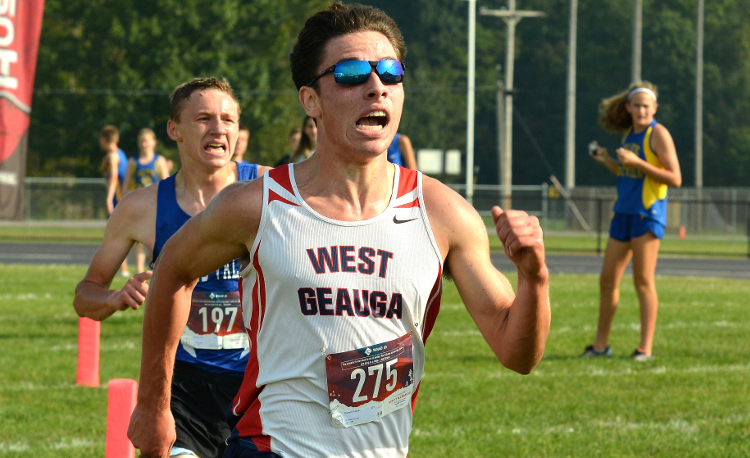 Garrett hoped to run with the lead pack but those plans changed when the opportunity to finish first became a reality.

“I was pretty pumped to win the race today,” Garrett said. “I didn’t really have expectations going into the race, so I kept an open mind throughout and the opportunity presented itself towards the end.”

“I wanted to stick with Riverside’s best guy and then pull away from him at the end,” Garrett said. “After that happened, I realized I was up there with the top two and I had a legit shot at winning. At that point I told myself, ‘You’re right up there now, you’ve got to go for first,’ so I stuck with them and focused on my kick at the end.”

That kick proved to be enough to outrun the rest of the field.

Now, Garrett hopes to ride this momentum into the postseason.

“This race really gave me a big confidence boost in knowing that when I’m in a situation like the one today that it’s going to hurt but staying mentally strong is key to my success,” he said.

Perry’s Cori Lynch led the CVC runners in the girls’ race. She finished fourth with a time of 20:45.