Wickliffe bounces back with win over Chardon 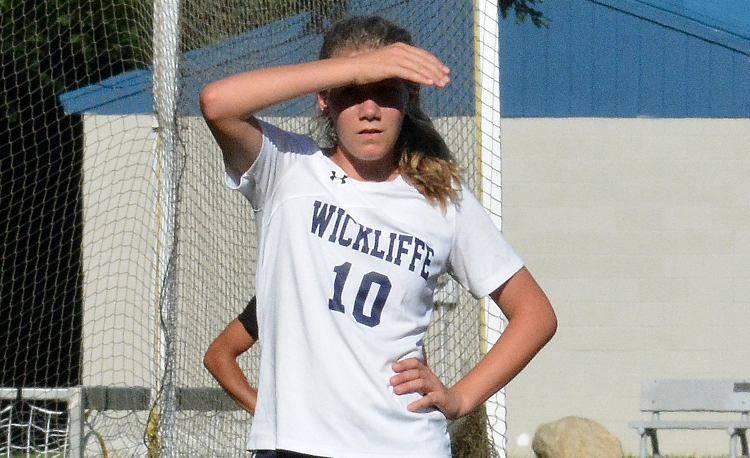 The Blue Devils, who dropped a 2-1 decision to Brooklyn on Thursday, scored four goals in the second half to break a 1-1 tie.

“We needed this result,” Wickliffe coach Steve Gribovicz said. “After a big loss the game before, we were searching for a confidence booster and getting a win against a good program like Chardon’s helps with re-establishing our focus moving forward.”

The first half was played nearly even but the Blue Devils broke the game open after making some key adjustments during the break.

“Our girls increased their speed of play in the second half and during halftime, we cleared up some assignment issues that were causing difficulties in the first half,” Gribovicz said.

Wickliffe improved to 5-3-2 overall and finished its first three-game match week with a 2-1 mark.

“This was the third game of the week for us, which was the first time all season we had to step up to that challenge,” Gribovicz said. “The weather did not do either side any favors, but both teams played physical. Coming out on the winning side of this week’s stretch and going 2-1-0 during the week helps things a bit moving into next week’s three-game slate.”

The Blue Devils travel to Harvey on Tuesday.