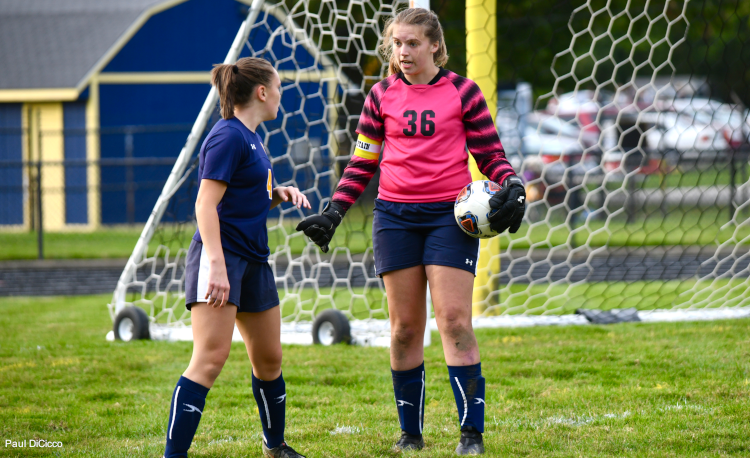 INDEPENDENCE—Mia Welms scored two goals to lead Wickliffe to a 2-0 win at Independence in a Division III sectional final on Thursday.

With the win, Wickliffe avenged an earlier season 2-0 loss to Independence.

“This was a huge win for the team,” Wickliffe coach Steve Gribovicz said. “This team has come a long way since we played Independence the first time this year and the growth showed in this game as the girls kept their composure, played excellent defense, and capitalized on their opportunities when they were presented.”

Welms broke a scoreless tie when she headed in a Morgan Gabriel corner kick with 33:51 left in the game.

She added an insurance goal with 7:31 left when she headed in a Maegan Andrykovitch left-footed cross. That play was set up by another Gabriel corner kick.

“Mia Welms’ head was the momentum changer in this game,” Gribovicz said. “(She finished) an excellent Morgan Gabriel corner kick for the first goal and followed it up with a second off a beautiful long outside cross from Maegan Andrykovitch.”

Kaylee Lauriel was brilliant in the net as she recorded seven saves in posting her seventh shutout of the season and second straight in the playoffs.

“I’m very proud of this team as a whole,” Gribovicz said. “They showed a lot of grit and focus in this game. It was a nice opportunity to stand back and be impressed with the effort and play they had on the field tonight.”

The Blue Devils, who improved to 11-6-1 on the year, advanced to play at Chippewa in a district semifinal on Monday.

With one more win, Wickliffe’s senior class of 2020 would tie the Class of 2018 with 50 wins, the most in school history.