Wickliffe rallies for win in first-place showdown at Crestwood 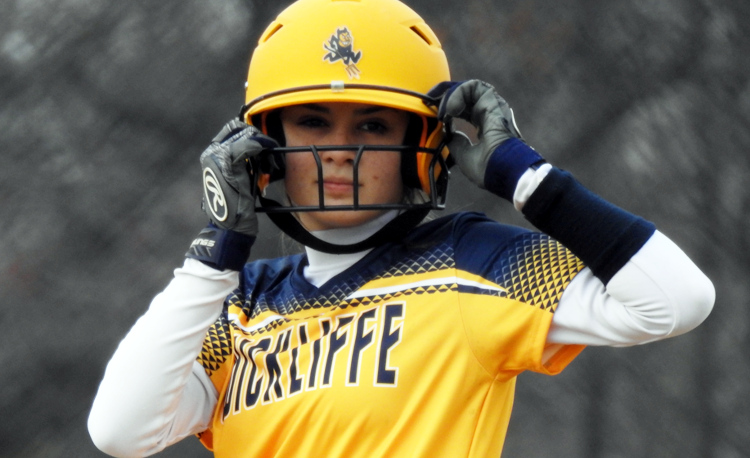 Wickliffe scored five runs in the top of the seventh inning to beat host Crestwood on Wednesday, 7-4, in a battle for first place in the Chagrin Valley Conference Valley Division.

With the win, Wickliffe improved to 4-0 in league play and took over sole possession of first place while Crestwood dropped to 4-1 in conference action.

The Blue Devils became the first CVC team to defeat the Red Devils, who are playing their first season of softball since joining the conference.

“I always tell the girls the same thing, no matter what and who we’re playing, let’s jump on them from the beginning of the game, play good defense, and just stay ahead and chip away one inning and one run at a time,” said Wickliffe coach Marlana Mucciarone. “We did go up on them, 2-0, and then some things happened.”

Wickliffe took a 2-0 lead in the top of the third when Lauren Bunn tripled to start the inning and Layla Ruscin followed with an RBI single. Ruscin then stole second and scored on a Mia Welms sacrifice.

Crestwood cut its deficit in half with a run in the bottom half of the inning.

Emily Linamen drew a leadoff walk and moved to second on a sacrifice bunt. She stole third and scored on Bella Hunter’s sacrifice fly.

Maci Head’s solo shot in the bottom of the fourth tied the score at 2-2. The homer was her sixth of the season.

An error allowed Gianna Kalista to reach base and Crestwood capitalized on the mistake with a two-out RBI single by Linamen that gave the Red Devils a 3-2 lead.

Crestwood maintained that lead until the seventh.

Bunn reached on an error to start the game-winning rally.

Ruscin then singled and Welms cleared the bases with a double. She advanced to third on a throw to the plate and scored on an error. Bryanna Butler followed with a single and moved to second on Abby Schneider’s groundout.

Kaylee Lauriel and Emma McCandlish hit back-to-back RBI doubles to close out the scoring for the Blue Devils.

“Hitting is so contagious and I tell that to the girls,” Mucciarone said. “Once one girl starts hitting, hopefully, it’s a revolving door of hits and we started to do that. It was exactly what we needed and what I preach at practice and we work hard on it every day. I was glad we could put it together.”

Welms and Bunn had entered the game in a bit of a slump.

Needless to say, they snapped out of it at the right time.

“Mia Welms, my four-year senior, she’s been struggling a little bit at the plate but she definitely broke out of her slump today. She came in clutch with that double to right field and we got two runs in and she eventually scored on a few hits after her and that really gave us momentum,” Mucciarone said. “Lauren has been struggling but in the last few games, she’s really kind of calmed down at the plate and has been more focused on the ball. She has an excellent and smooth swing and she’s been able to rip some drives into the gaps. Her hitting has come around.”

Schneider, who picked up the pitching victory after allowing three earned runs on five hits with six strikeouts, recorded the first out in the bottom of the seventh but the Red Devils took one more crack at the victory.

Hunter drilled a 3-2 pitch for a home run that pulled Crestwood to within 7-4.

“That girl is good,” Mucciarone said of Hunter. “It was a full count and it was low and outside. She just wrapped around it and pulled it to left field.

Schneider retired the next two batters to seal Wickliffe’s win.

“Abby is really our No. 1 and only one,” Mucciarone said of her pitcher. “She’s our go-to. She’s going to pitch every inning she can this year and she’s been doing a great job. She’s hitting her spots and she’s keeping the ball down. They’re getting a lot of weak grounders and popouts and that’s helping us to keep them off the bases. Our defense has done a nice job behind her not letting too many things drop in.”

Ruscin saved at least a run or two early in the game when she chased down a deep fly ball off the bat of Hunter to record the out.

“She’s been doing great,” Mucciarone said. “She’s been tracking down fly balls and saving a lot of hits in the gaps. She got one and fell over the fence as she caught it today to save a home run, practically.”

Ruscin, Welms, Butler, and Lauriel each recorded two hits for Wickliffe. Welms led the team with three runs batted in.

Crestwood will travel to Wickliffe on April 27 for a chance to avenge its first CVC loss.