Wickliffe ready to take next step 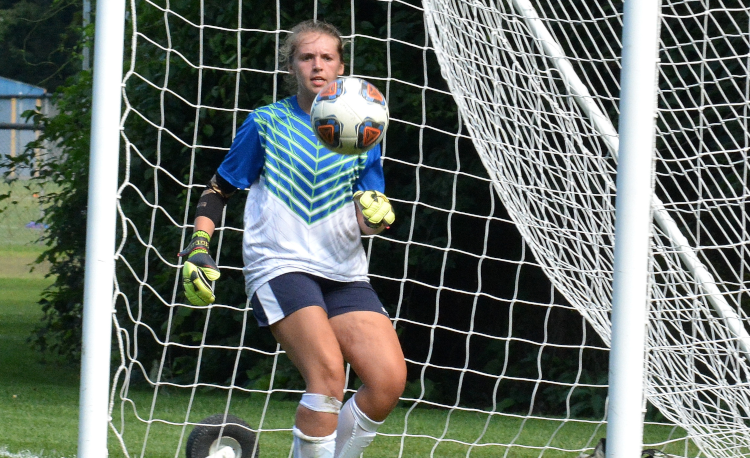 Wickliffe returns just four starters from last season but the Blue Devils have a host of others with varsity experience who are ready for their moment in the sun.

The Blue Devils, who finished 10-5-4 last season, have their sights set on a Chagrin Valley Conference title and a deep postseason run.

“We have plenty of potential this season,” said Steve Gribovicz, who is in his 12th year guiding the program. “Many players on this year’s team have been patiently waiting for their turns to become major contributors at the varsity level. These girls have developed their game over the years to make a push for the conference championship and a playoff run. The successes over the past three years have helped the seniors understand what it takes to reach a new level of success each year and I believe this year’s team wants to take the program to a higher level this season.”

Last fall, the Blue Devils won a pair of playoff games before dropping a 2-1 overtime decision to conference rival Independence in a district championship game.

Adding seven new starters to the rotation won’t be an easy task but the Blue Devils have worked hard in the offseason to make that transition as seamless as possible.

“Our success on the field will have a lot to do with our team chemistry,” Gribovicz said. “We have some new players and others that are in new positions resulting in players having to learn each other’s strengths from new areas of the field. The team has come together throughout the shortened summer already through video meetings, at-home challenges, and trainings and I know they will continue to become more cohesive as they begin to play together more in practices and competition.”

Another hurdle the Blue Devils will have to clear is the fact the roster is smaller than in years past.

“This team has already embraced the challenge though by working extremely hard during their offseason to come into August with a high level of fitness,” Gribovicz said. “The team has become conscious in their recovery methods as well to maintain their health and keep their performance at a high level each day.”

Fortunately, Wickliffe returns some high-level players who will form a solid nucleus for the rest of the Blue Devils to follow.

“Morgan has come into the preseason very determined,” Gribovicz said. “She has had some highlight finishes already in practice and if she continues with this form, she could be in for a big statistical year.”

“Mia sets the tone for the team,” Gribovicz said. “Her physicality is contagious and when you add in her unique offensive style, she can create many opportunities on the field.”

Lauriel returns in the net after recording 101 saves last season.

“Kaylee is a foundational piece to this team,” Gribovicz said. “A lot of what we do starts or ends with her. Kaylee’s work ethic, leadership, and communication have a significant effect on the team.”

Wills was named honorable mention All-CVC and second-team All-Greater Cleveland for her efforts on defense.

“Emily provides experience in our backline,” Gribovicz said. “As a returning starter, she has already demonstrated that she is ready for added responsibilities this season.”

For Gribovicz and the Blue Devils, the key to success is building around that core group of returning starters.

So far, the effort has been there but now it’s time for the Blue Devils to rise to the challenge on game day.

“I am excited to see this team in competitive action this season,” Gribovicz said. “They have put in a lot of their own time training for the season, without being asked, and it has shown in the early part of August. That drive is very special and it can create a lot of exciting moments this year.”