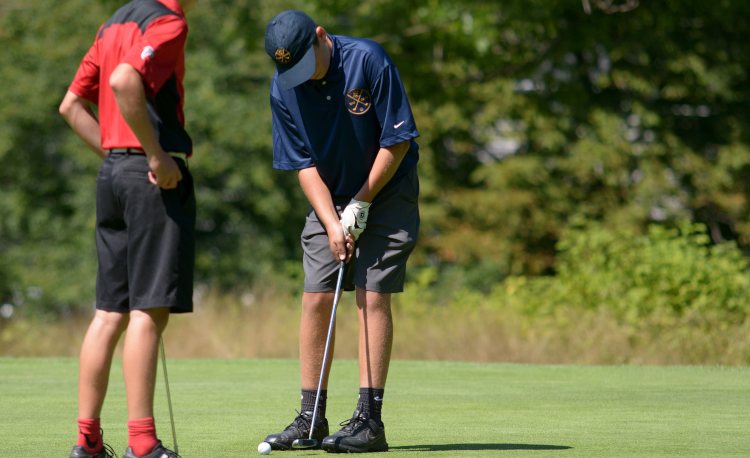 Wickliffe picked up its first dual match win of the season when the Blue Devils defeated visiting Cardinal on Friday, 175-186.

The young Blue Devils stepped up to the challenge of competing on the varsity level.

Three players had just one round of varsity play under their belts and another saw his first action.

“The team was very calm, focused and confident throughout the round,” McCall said. “Our golfers have worked hard and displayed improvement throughout our voluntary July activities. We have golfers that are continuously trying to compete for a spot in the varsity lineup, which has helped keep our team focused and dedicated. I was thrilled to see that improvement and strides the team has made come to fruition in a competitive environment.”

Wickliffe’s Calvin Cackowski won medalist honors with a match-low 40. Ryan Latkovich finished with a 41, Noah Telisman added a 44 and A.J. Levon closed out the scoring with a 50.

“Calvin Cackowski was solid in our number one spot and set the tone in the match. He has had a great off-season and really has developed his game as he enters his junior year,” McCall said. “Having Noah Telisman, a sophomore, and Ryan Latkovich, a freshman, both shoot under 45 was key for our team today. This was only the second competitive event both have ever participated in and they showed great poise and focus throughout. While A.J. probably had some shots that he would like to have back, he kept grinding and finished strong to help solidify the victory for us. I was very happy to see A.J. keep his focus throughout even though he wasn’t playing as well as he would have liked.”

Trey Domen posted a team-best 45 for Cardinal while Seth Hill, Connor Callison and Carson Hartman each shot 47 for the Huskies.