Youthful Trojans to be tested in CVC 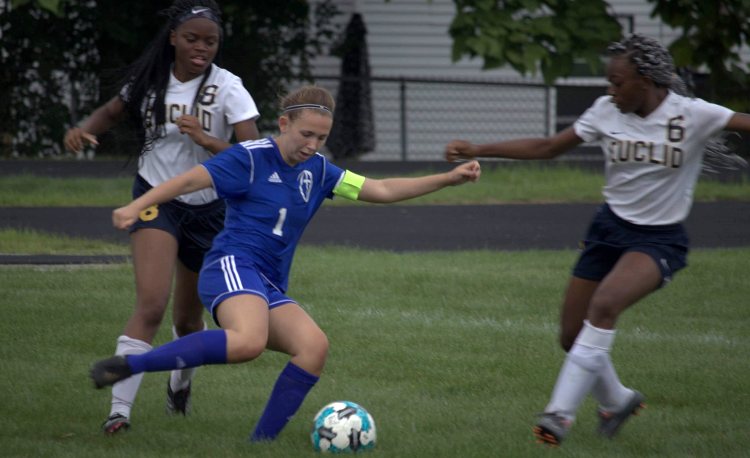 Trinity is one of six new schools that will compete in the Chagrin Valley Conference beginning this fall.

That means a new challenge for the Trojans’ girls’ soccer team, which returns six starters from last year’s squad that finished 6-10 overall.

“We will be challenged by our inexperience, but with our returning players already taking on the roles of helping new players to adapt and even learn the game, we’ll be in good shape,” 13th-year head coach Cal Jefferson said. “Keys will be everyone getting on the same page as quickly as possible.”

The Trojans do have a solid core of returning players to set the example for the younger players.

Junior forward Summer Wroble is a key piece to the puzzle as Jefferson is looking for her to not only score but to distribute the ball to her teammates.

“Our attack will depend on Summer, not only scoring but involving our other strikers and midfielders,” Jefferson said. “She is a strong player who can make everyone else stronger.”

Senior midfielder Kaitlyn Rezabek and senior defender Katherine Walsh also will be counted on to perform at a high level.

“(Rezabek) will need to step up to show the rest of our young and inexperienced midfielders what needs to be done, and she can,” Jefferson said. “(Walsh) has been injured, but she can be a force when healthy.”

Sophomore defender Jillian Kalic and senior keeper Lexi Jacobson will help to lock down the backend for the Trojans.

“(Kalic) has the energy and if she bottles it, she can help keep the defense intact and functioning properly,” Jefferson said. “When (Jacobson is) on, she’s a strong as any goalkeeper and she’ll need to be on all season.”