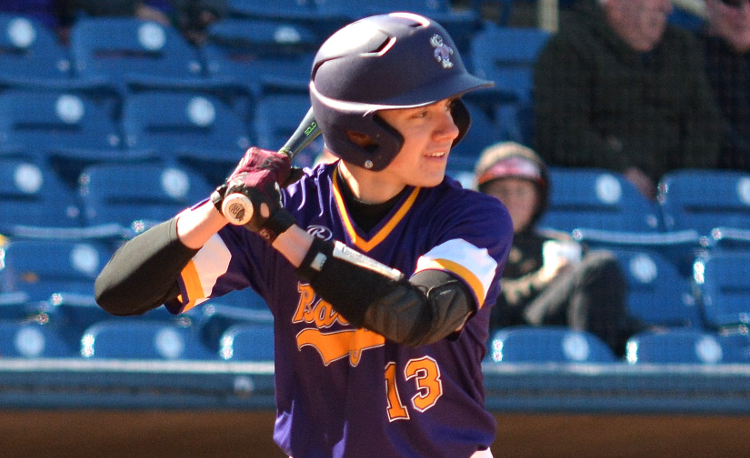 Mike Brilla pitched a complete game and Joe Barcikoski hit an RBI single in the top of the seventh to lead No. 10 Berkshire to a 3-1 win at No. 7 Mineral Ridge in a Division III sectional semifinal on Tuesday.

The Badgers advanced to play at No. 2 Ashtabula Edgewood in a sectional championship game on Wednesday.

“Our guys were ready to go today,” Berkshire coach Brian Hiscox said. “We may be the No. 10 seed, but our guys believe on our best day we are just as good as anyone in this bracket. We’ve started to learn how to win tight games down the stretch and it showed today.”

Berkshire took a 1-0 lead in the top of the first when Bobby Czekaj scored on Pete Brent’s flare over the first baseman’s head.

The score remained that way until the fifth when Mineral Ridge tied it but with Brilla locked in the Rams could muster just two hits in the game.

Brilla struck out four in the win.

“Mike Brilla was huge for us today,” Hiscox said. “He had a few stretches where he struggled to find the zone but continued to battle, made big pitches when he needed to, and made a huge out at third base. It helps because now we have all hands on deck for (Wednesday).”

Berkshire scored two runs in the top of the seventh to pull out the win.

Blake Jenkins started the rally with a one-out double. He advanced to third on a passed ball and Sam Roach walked to put runners at the corners.

Barcikoski then hit a two-strike RBI single and Brent walked with the bases loaded to close out the scoring.

“Overall, we played an extremely clean game, and we’ve been playing some really good baseball here at the end of the season, which is definitely when you want to be peaking,” Hiscox said.

Brent finished the game with one hit and a team-high two RBI.