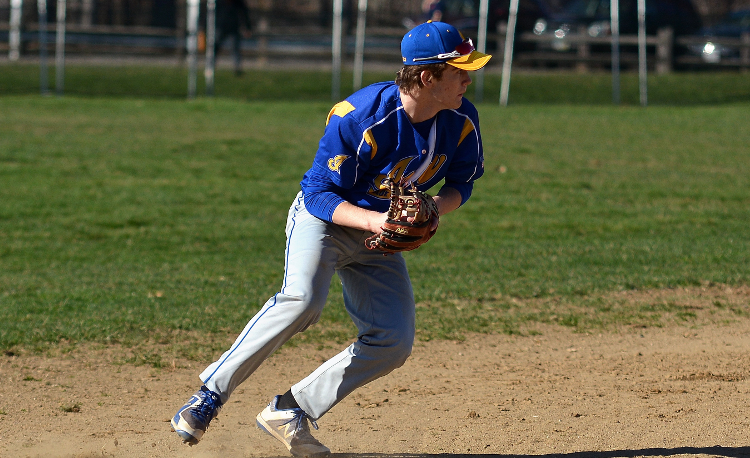 Jordan Mallernee struck out eight and Nick Rossi knocked in all three runs in Independence’s 3-1 win over visiting Kidron Central Christian in a Division IV sectional semifinal on Tuesday.

“Our team played great baseball during the last week of the regular season and the young men took that momentum into our first tournament game,” Independence coach Jim Crooks said. “Jordan pitched with command the entire game, throwing first-pitch strikes, staying ahead of hitters and making them hit his pitches. It was a terrific senior outing for our senior leader.”

Mallernee allowed one unearned run on six hits and he struck out eight in the complete-game victory.

“I first couldn’t have been more ecstatic with the way our team played today,” Mallernee said. “We came out and did exactly what we had to do. I was extremely satisfied with my pitching today since my last outing was not my strongest performance against Beachwood. I felt like I had good command on my fastball as well as my slider.”

Mallernee allowed a leadoff single in the top of the first inning and a two-out error led to Central Christian’s only run of the game.

Central Christian put its first two batters of the fourth inning on base but Mallernee recorded a pair of strikeouts to end that threat and he again stepped up in the seventh to pitch out of a jam when the Comets had two runners on base with just one out.

“The defense was amazing today,” Mallernee said. “We played the way we know we can and should every single time we stepped out on the field. When we needed a clutch play I knew the defense was always going to be there and have each other’s back.”

Independence took a 2-1 lead in the third when Sam Belitz reached on an error and Jamie McMahon walked. Rossi then doubled home both runners.

Tim Marcinko doubled and scored on Rossi’s second hit of the game in the fifth to close out the scoring.

“Nick Rossi is at his best when he relaxes and has fun at the plate,” Crooks said. “He did that today and the team benefits. Tim Marcinko, Nate Steffas and Connor Blum played solid defensive games for us and Sam Belitz continued his incredible all-around season, tying the school record for stolen bases in a season with a remarkable 26 stolen bases out of 26 attempts.”

Independence advanced to play at top-seeded Hillsdale on Thursday.