Balanced Badgers ready to break out 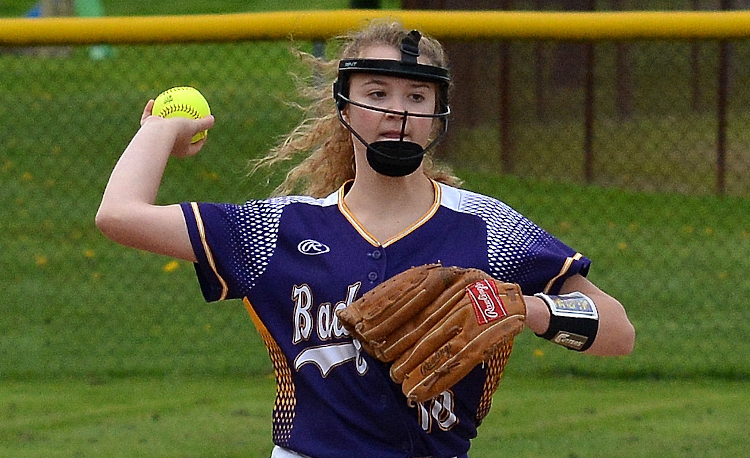 Berkshire lost two standout players from last season in catcher Madison Chapman and shortstop Meghan McKeogh, but the Badgers have plenty of talent and depth returning in 2020.

The Badgers, who finished 8-15 overall and 6-6 in the Chagrin Valley Conference last spring, will need that talent to compete this season.

“We expect to have an exciting and talented team, but we have the toughest schedule I’ve ever had in my 12 years as head coach,” Berkshire coach Dave List said. “We lost two incredible hitters in Maddie Chapman and Meghan McKeogh, but we should have a decent pitching staff. Our pitchers are all young—four freshmen and a sophomore. I still think we are a solid hitting team, even with the losses to graduation.”

Berkshire’s success hinges on the continued improvement of its pitching staff and defense.

Angelina Romano returns in the circle and she’ll be joined by several other up and comers in Cameron Leggett, Maddy Triskett, Anni Bergmeier and Athena Stute.

“It all starts in the circle and I’m expecting Angelina Romano to be a year better with her pitching,” List said. “I don’t feel we have a glaring weakness, but we don’t have the pitching staff that will give you eight-plus Ks a game, so we need to keep teams off balance by changing speeds and we have to play solid defense.”

Defensively, the Badgers are solid up the middle with all-CVC performers Courtney Czekaj and Kyle Neumore returning at second base and shortstop, respectively. Czekaj, an honorable mention honoree, batted .320 last spring and Neumore, a second-team all-league selection, hit .328.

Mollee Chapman returns at third after hitting .355 on the way to being named honorable mention All-CVC.

Emily Seamon is projected to catch and Becca Hauser will play first.

Grace Lillibridge, Jill Kumher, Sierra Berman and Tiffany Purcell will compete for time in the outfield.

“We need to minimize errors and not give teams extra outs,” List said. “We have the talent to field a good defensive team, but we are still young at a few positions. I look for Emily Seamon to have a good season at the plate. She’s put in a lot of offseason work. Mollee Chapman has all the ability to have a breakout year and I expect it will happen.”