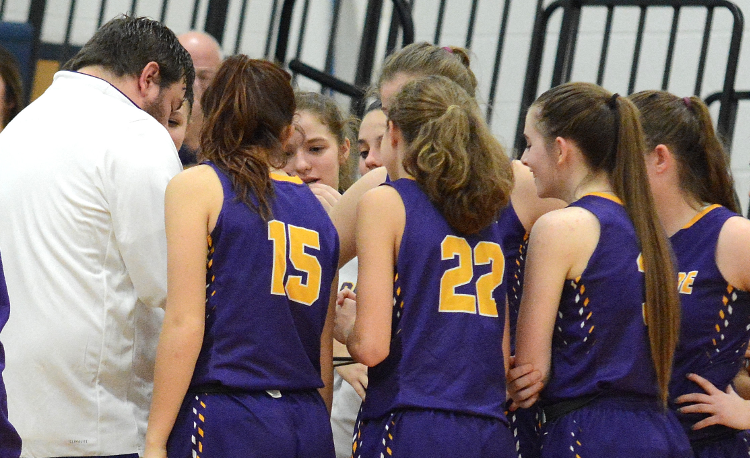 Berkshire’s girls’ basketball team once again is filled with underclassmen but the Badgers open the 2019-2020 with more experience and talent than in years past.

With four returning starters, Berkshire is poised to make a run at the Chagrin Valley Conference Valley Division title this winter.

“Much like last season, we are very young,” said second-year coach James Bosley. “We have also doubled our numbers from last season, which has led to a lot more competition at practice. I think we have a ton of potential this season. Our seniors have set some goals for this year and the girls are working hard to make them happen.”

The Badgers should find more success in their second year in Bosley’s system. To do that, the younger players are going to have to grow up in a hurry.

“Our youth will be one of our biggest assets because so many girls are competing to wanting to contribute,” Bosley said. “Combined with that, we have a ton of speed. We hope to play fast and try to control the tempo of the games. Being young also will be a challenge as the girls learn the system. The league is also very competitive and it’s going to be a grind. Having 24 girls this year will help to deal with any injuries that arise.”

“Alyssa has worked extremely hard this offseason and so far, this preseason,” Bosley said. “Alyssa is one of our leaders on the team because of that work ethic. The game is slowing down for her and it’s helping her have more success on the court. She has a good jump shot and can help stretch the floor from her forward position.”

Boyk, a 5-foot-7 guard, averaged eight points, four rebounds and five steals per game as a junior on the way to earning second-team All-CVC and honorable mention all-district honors.

“Lexi plays at a different speed than most others,” Bosley said. “She is one of the most competitive girls on the team and probably in the conference. She is always around the ball on defense. She is high energy on the court which helps push our tempo.”

Kastor made quite a debut as a freshman. The 5-foot-6 guard was named honorable mention all-league and all-district after averaging 8.2 points, three rebounds, two assists and 2.1 steals per contest.

“Lydia does it all on and off the court,” Bosley said. “Not many sophomores are capable of being the leader that she is. She has a very high basketball IQ. On the court, she does whatever helps the team, whether it’s scoring, rebounding, dishing out assists, supporting her teammates or just being in the right spots on defense.”

“Mollee had a great offseason and is on the verge of breaking through to the next level on the basketball court. She is one of our most athletically gifted players and is putting together a skill set to go with it. She is going to be a tough matchup for a lot of teams,” Bosley said. “Kylie is another matchup problem for other teams. She might be the fastest player on the team. She always rises to a challenge defensively. She uses her speed to really be a pest to whoever she is guarding. She is one of the best passers on the team and can find open teammates. Her role on the team is really going to increase this season and I think she is ready for the challenge. “

Czekaj, a 5-foot-5 guard, started last season and finished with 3.1 points, 1.8 rebounds and 2.1 steals per game. Tucek, a 5-foot-8 guard, and Wolfe, a 5-foot-8 guard/forward, are in their first seasons with the program but have plenty of athleticism.

“Courtney is another one of the girls that just works extremely hard at practice. She is becoming a more all-around player. She is one the girls that seem to love to play defense. Offensively, she is a shooter but is working on expanding her role every day,” Bosley said. “Delaney is new to the program but has been improving every day. She is one of the fastest girls in the gym and one of the most athletic. (Wolfe is) another girl that is new to the program but she’s gifted with speed and a competitive drive. She works hard and is looking to contribute.”

Polewchak, a 5-foot-8 forward, provides the Badgers with some versatility.

“Kaylee is an undersized forward, but that doesn’t stop her from being able to score around the rim,” Bosley said. “She is really good at running the floor in transition.”

“New to the district, Maddy has fit right in. She is very fundamental and, like Lydia, has a high basketball IQ. On top of that so far, she has been one of the hardest workers that always responds when challenged. She is a shooter that is going to help open driving lanes for her teammates,” Bosley said. “Caroline is another young girl that is hungry to play. She had a good summer and it is helping make the transition to the high school level. Her best asset right now has been her court awareness. Sierra is another one of the freshmen that are working hard every day. She is athletic and one of the stronger rebounders on the team.”

Berkshire has the experience and talent to compete in the CVC. If the Badgers can come together as a team and execute their game plan—which begins with their stingy defense—they could win their first league title in several years.

“Our main goal is always to win the CVC because of how competitive the conference is,” Bosley said. “Another thing we want to do as a team is to outgrow our youth as the season goes. Defense is always going to be what we are known for, and it will be the main key to victories this season.”