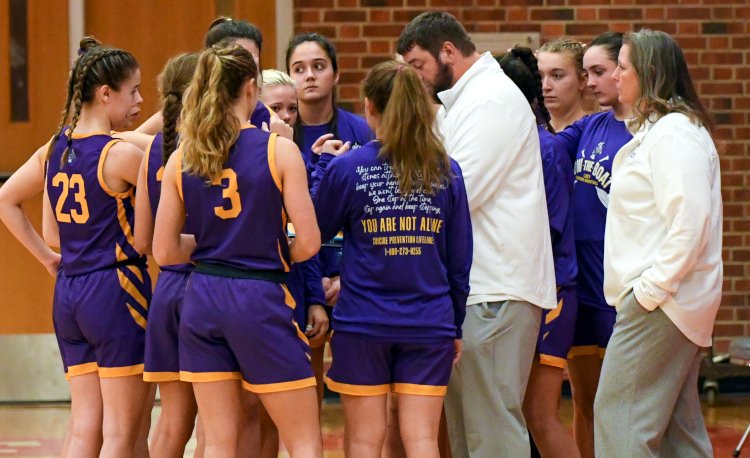 Following its first win over Kirtland in a decade, Berkshire traveled to Crestwood on Saturday faced with a trap game.

Instead of falling victim to the situation, the Badgers rallied together to top the Red Devils, 45-33.

“I wasn’t sure what to expect when the game started,” said Berkshire coach James Bosley. “We are coming off a huge win for our program on Wednesday against Kirtland and this could turn into a trap game, but the girls battled and pulled it out. With tournament games coming up, it’s nice to have tough games against teams like Crestwood and Grand Valley coming up. They always show up and play us hard and we are playing really good basketball right now.”

That’s a bit of an understatement.

After starting the season 0-4, the Badgers are now 10-8 and have won five of their last six games.

Berkshire’s success starts on the defensive end and is complemented by a balanced offense.

Kastor and Wadsworth teamed up on a key play late in the third quarter to help the Badgers pull away from their hosts.

“Crestwood really slowed us down in the first half and we weren’t shooting very well, but our defense really kept us in the game,” Bosley said. “We kept the same mindset defensively but got some things to fall in the second half. Lydia finding Lanie for a transition layup at the end of the third quarter was a big momentum play for us.”

“We were finally able to create some space and get Lydia a couple of open looks for her to make a couple of her 3s,” Bosley said. “Crestwood gave her too much space and let her shoot and those are the mistakes we have to capitalize on.”

Kuchling also delivered in the clutch down the stretch.

“Caroline Kuchling came up big in the fourth quarter for us with two really strong drives to the hoop. When she attacks like that it gives our offense a boost,” Bosley said. “Kylie Neumore, like Caroline, had a good fourth quarter being able to handle Crestwood’s pressure and going 5-for-5 from the free throw line to help seal the win.”