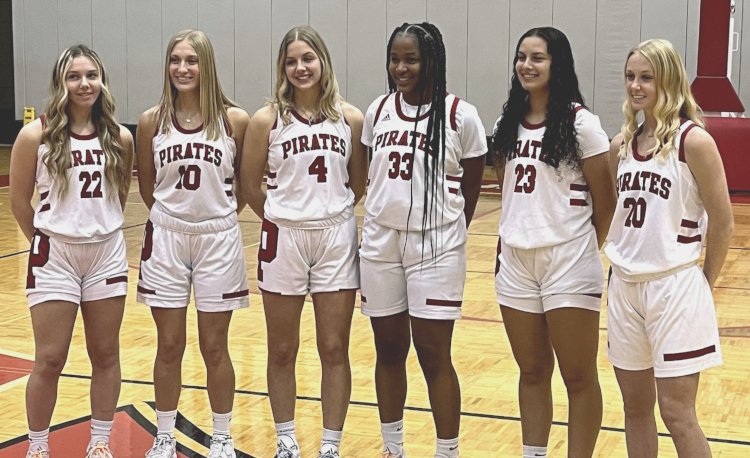 Perry celebrated its senior class on Saturday with a win over Harvey and by honoring the team for winning its sixth straight Chagrin Valley Conference title.

The Pirates have compiled a 43-3 conference record over the past four seasons.

“To me, that shows how much winning means to my team and me, and all the hard work that we’ve put in to earn that,” said Perry senior Marcela Rodriguez. “I think everyone on the team and those who’ve graduated has really let that be possible.”

Indeed, Perry’s girls’ basketball program has developed a culture that has led to sustained success.

“We are always competitive at practice, having fun, and putting in so much effort,” Rodriguez said. “I think that’s a huge part as to why we’ve been able to be so successful.”

Senior Maddie Stevenson also believes Perry’s culture has been passed on from year to year and each player understands the importance of preparing and playing the Perry way.

“This team is so fun to work with,” Stevenson said. “There is never a dull moment and the success we have is because of all the hard work and intensity we are putting in during practice time to prepare for the teams ahead.”

The Senior Night ceremony was bittersweet for Stevenson and her classmates.

While they are excited about the next chapter in their lives, they aren’t quite ready to move on from their present situation.

“My fondest memory playing for Perry will definitely be spending time with my teammates because we all want to work hard, but have fun and enjoy the process along the way to success,” she said.