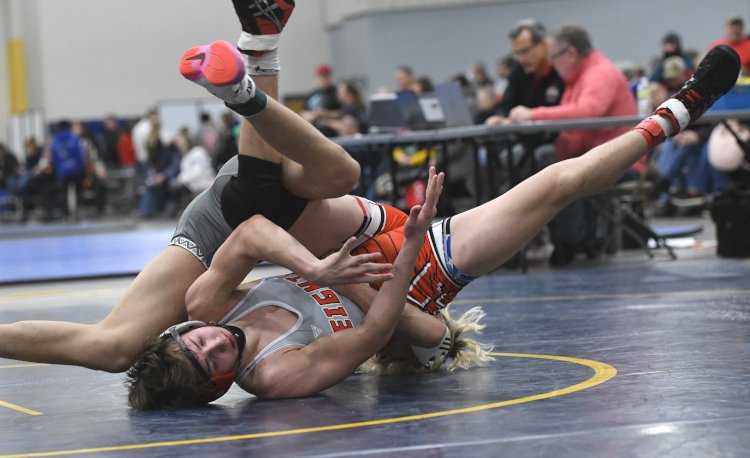 INDEPENDENCE—Perry, Cuyahoga Heights, and Kirtland ruled the day at the 26th annual Chagrin Valley Wrestling Championships at the Independence Field House over the weekend.

Perry scored 228 points to cruise to its 20th league title in program history. West Geauga finished second in the Chagrin Division with 149 points and Edgewood was third with 100 ½.

“We wrestled well,” Perry coach Dave Rowan told The News-Herald. “Our kids were hyped for it. I’m proud of the way we wrestled today.”

The Pirates also landed six other wrestlers on the podium.

Brock Christian (132) and Ethan Hicks (165) finished as the runners-up in their respective weight classes. Ryan Brubaker (157) and Kenny Walker (215) both finished third while Calvin Peters (138) and Domenick LaMacchia (150) both placed fifth.

Dustin Kattler won the 138-pound weight class while Luke Torgerson was second at 175. Colin Deka (285) and Zander Mooney (106) both placed fourth, Ryan Krajewski was fifth at 144, and Andy Jakubczak placed sixth at 150.

Kirtland won three individual titles and had three other place winners in clinching its first conference title since winning back-to-back crowns in 1999-2000.

“It’s very exciting, these kids put in a lot of time this offseason and they’re reaping the awards for it right now,” said Kirtland coach Scott Francis to The News-Herald. “You always need a big win somewhere throughout the season in order to keep things going and step it up going into sectionals. This is a good stepping stone going into the sectional tournament.”

The Hornets scored 146 points to hold off second-place Berkshire, who finished with 129. Cuyahoga Heights placed third in the Valley Division with 118 points.

Kirtland’s Will Davidson improved to 29-0 win his four wins over the weekend. The biggest was a 4-3 tie-breaker win over Perry’s Christian in the 132-pound final.

Kirtland’s other place winners included Drew Duncan, who placed third at 120, and Gaetano Savelli, who was sixth at 144.

Reineke, Kattler, and Partain all won their second CVC title.

Coach Dave Rowan of @Wrestling_Perry discusses doing things the right way, and it resulting in a CVC title today, pic.twitter.com/3sfQXKwjZB

Undefeated Will Davidson of @KirtlandWrstlng talks about his overtime win for a CVC title today. pic.twitter.com/rW2UsMTL9P

Sam Partain of @ChagrinWrestle is happy about being a 2-time CVC champ pic.twitter.com/5OOI8RRHri

Louka Babic of @KirtlandWrstlng says his CVC title today is a big confidence booster for the rest of the season, pic.twitter.com/ybzz7SC4SF

Lucas Stoddard of @BHSBadgerDen discusses his fourth CVC title and the tough championship match that clinched it. pic.twitter.com/FL3HN92WJb