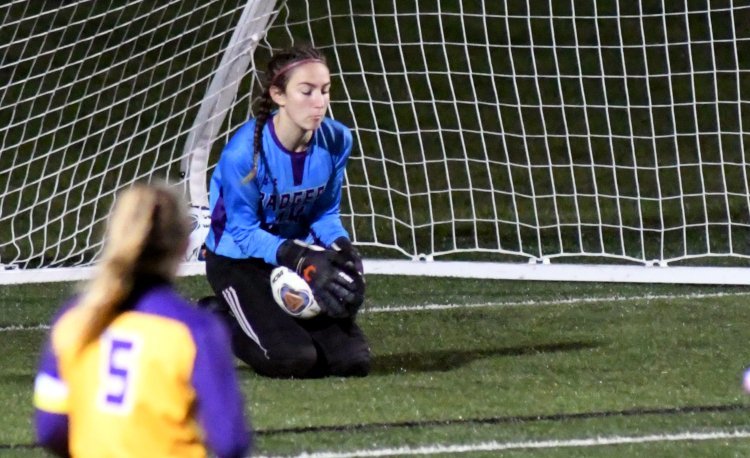 The Badgers scored a flurry of goals at the end of the first half to pull away from the Hurricanes.

“This was an all-around great team win,” said Berkshire coach Ian Patterson. “We struggled to find the net at times but our fitness level proved to be too much as we scored three goals in the last 10 minutes of the first half to take control.”

Berkshire’s defense did the rest.

“Our defensive unit, including the midfield, played rock solid giving up zero shots in the game, while our forwards were making dangerous runs nonstop to try and create,” Patterson said. “I will give credit to the Brooklyn defender who was tasked with man-marking Evania McCandless the entire 80 minutes. She did a wonderful job making things difficult for Evania, however, Evania did not let that slow her down she kept making incredible runs and opening up things for her teammates with how much focus they devoted to stopping her.”

McCandless and Lawson both assisted on a goal in the win.

Berkshire improved to 5-1 overall and 3-0 in the Chagrin Valley Conference Metro Division. Brooklyn dropped to 3-1, 1-1.