Berkshire holds off Lake Catholic in Top of the Crop showdown 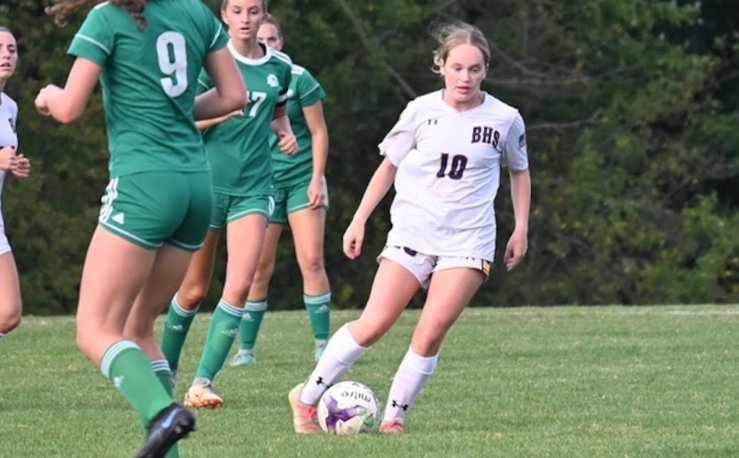 Berkshire held off host Lake Catholic in a battle of teams ranked in the News-Herald Girls Soccer Top of the Crop on Monday.

“This is certainly up there as one of our biggest non-conference regular season wins in program history, if not No. 1,” said Berkshire coach Ian Patterson. “We came out and scored a goal in the first 30 seconds of the game on a beautiful through ball from Alyssa Lawson to Evania McCandless, who perfectly hit a strike low into the back post side netting.”

Lake Catholic answered that goal and again responded after McCandless finished off her second goal of the game 23 minutes into the game.

The Badgers added three more goals in the final five minutes of the half to take a 5-2 lead into the break.

Lake Catholic added a late goal to close out the scoring.

“Even with Evania scoring a hat trick, it’s really tough to single out any one player in this performance,” Patterson said. “Every player on our roster showed up tonight ready for the challenge and they were hungry for a win against a quality opponent.”

Sarah Wendl finished the game with six saves in the net.

With the win, the Badgers improved to 7-1 overall and head into the second half of the season playing as confident as ever.

“It’s hard to predict how one game can impact your season, however, this was a huge step in the overall building process of this program,” Patterson said. “In recent years, we have been capable of holding our own against quality Division II teams but we’ve always seemed to just barely come up short. This win will finally give our squad the confidence I have had in them the last five years and were excited to see what it can do for us this season having to compete in the Division II postseason for the first time.”