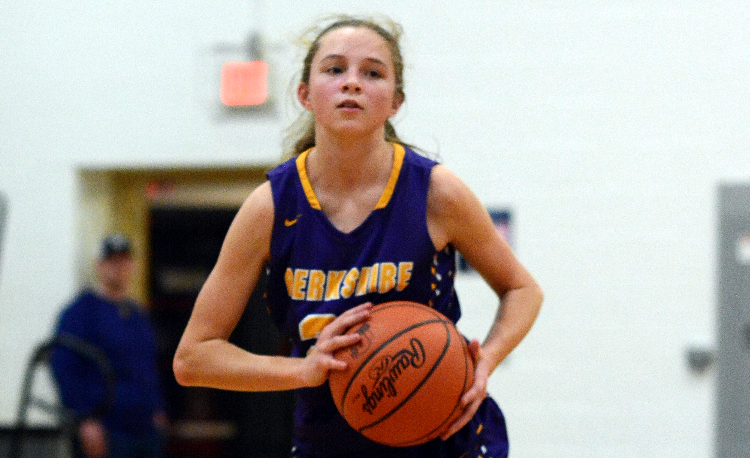 Berkshire opened the 2019-2020 season with a dominating 60-34 win over visiting Chalker on Friday.

The Badgers opened up a 10-point lead in the first quarter and led 31-13 at halftime.

“t’s always nice to have success in your first game, but we came out with the first game jitters to start the game,” Berkshire coach James Bosley said. “I took an early time out to get them settled down and they responded with a quick eight or nine-point run. The whole game we had a lot of energy from the bench and we had a decent size student section. Overall, it was just a fun atmosphere for the girls to play in.”

Sophomore Lydia Kastor led the Badgers with 21 points off of seven 3-pointers, a new school record. Rachel Breckenridge, now a sophomore at Thiel College, previously held the single-game record with six 3s in a contest.

“Lydia was kind of a hidden gem last season,” Bosley said. “She had a lot of tools but I was unsure how she would respond to varsity games and she was one of our key players last year. This year the girls and I tend to lean on her when things get chaotic on the court. She has a way of calming things down on the court and puts the team on her shoulders when times get tough. Tonight, we had the sluggish start and it was her first three of the game that kind of woke everyone up. I don’t know if it was her third or fourth three she hit but it was so loud in the gym I think there was a pause in the game because it sounded like the buzzer went off and the refs stopped play for a second.”

Lexi Boyk and Sierra Berman both contributed with nine points and Alyssa Schafer and Maddy Triskett tied for the team lead with eight rebounds each. Kylie Neumore and Boyk both recorded three steals in the game and Triskett led the Badgers with two assists.

“It says a lot about the team we have this year with how happy they were for Lydia,” Bosley said. “Before the game, we announced that Lydia was also a team captain so this was a great way for her to respond to that honor.”