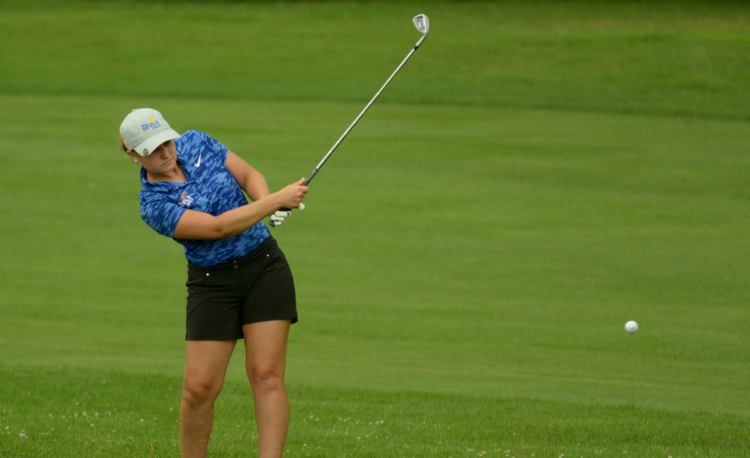 After graduating nearly its entire starting lineup from the team that won the state title in 2017, Independence’s young girls’ golf team turned in a respectable campaign last fall.

The Blue Devils, who finished second in the Chagrin Valley Conference, missed out on a return trip to Columbus by just 11 strokes. With six of their top seven golfers back in 2019, the Blue Devils are hungry for another shot at the big stage.

“This season is totally different than last year,” Independence coach Karl Schuld said. “Last year, we had a very young group that was trying to follow up the 2017 OHSAA state championship team. We had momentum late last year, finishing one spot off from going back to Columbus. Hopefully, we can build on that trend and get back to state.”

Independence finished 8-2 in dual meets last fall and had two golfers—Emma McGreal and Morgan Pascarella–finish among the top 10 at sectionals. McGreal also placed fifth at the district tournament.

McGreal, a senior who averaged 89 strokes in 18-hole rounds, was named to the first team and Schuld is counting on her to continue to improve on the course.

“She continues to work hard in the off-season,” Schuld said. “She is driving the ball much farther and way more consistently. She sets a great example for our other golfers.”

“They will be key figures for us this year,” Schuld said. “Last year, they filled the two and three spots for us. Allie had a fine summer season and has worked hard to improve her game. Allie is able to drive the ball very far. Once her short game becomes more consistent, she will post some real low scores. Morgan has been taking lessons all winter long. She is a great athlete, and like Allie, she has the game to shoot in the 80s consistently.”

“(Kovesdi) has improved so much over the past year,” Schuld said. “She has always been pretty good around the greens. She has improved her distance and accuracy off tee. She shot her low round of the year at districts last year and I know she wants to continue to build off that this season.”

“She was our number six player at the close of the 2019 season,” Schuld said. “She takes lessons and played in several tournaments over the summer. She has the potential to do well this year, but she must improve her game around the greens.”

Junior Reese Vilcheck will fight for a spot on the varsity roster after competing in several matches last season.

“She brings valuable experience to our team,” Schuld said. “Reese has a real nice swing. She needs to improve her chipping and putting, but she has worked hard this summer on her game.”

Independence has the talent and depth to once again compete for the CVC title and push through the postseason but the Blue Devils will have to rely on their tried and true recipe for success to make it all happen.

“As always, we expect the girls to compete on every hole,” Schuld said. “They all know they are playing for each other. Our goal as always is to try to win the CVC and get back to Columbus.”