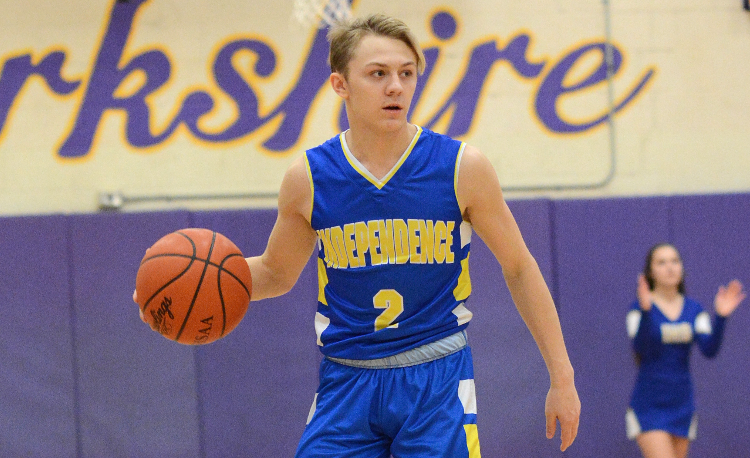 Independence tips off the 2019-2020 on Tuesday at Columbia with a new coach and a plan to play lockdown defense.

The Blue Devils, who return four starters, have the talent to do big things this winter but they’ll need to establish a defensive identity to set the tone.

“Our strength is going to have to be the defensive side of the basketball,” first-year coach Kyle Johnson said. “We need to be tenacious, relentless, and play great team defense every night. It is something we have preached all year long that we need to hang our hat on defense. Players have really bought into the idea of working together as one unit on the defensive end. Are we where we need to be yet? Of course not, but we are getting better every single day on that side of the ball.”

While Johnson and the Blue Devils look to minimize their opponent’s scoring opportunities each night, they also have the potential to light up the scoreboard on the other end starting with 6-foot-6 forward Wyatt Flynn.

“Offensively, our strength is going to be ball movement and working inside-out,” Johnson said. “Having a 6-6 post player in Wyatt Flynn is always a luxury and we need to take advantage. We also have a lot of guys that can beat people off the dribble. To be successful this year, we need to attack the paint with a dribble or pass.”

“Wyatt provides us with much experience, athleticism, and height,” Johnson said. “He leads by example and has a terrific work ethic. Wyatt will be a big cornerstone for our success this year.”

“Kyle is a very smart basketball player that can score in every facet of the game,” Johnson said. “He sees the floor very well and does a great job rebounding for a point guar.”

Ceculski is a 5-foot-5 senior guard and Richards is a 6-foot-2 junior forward.

“Thomas has emerged as a vocal leader for our team. He provides us with grit and is a terrific on-ball defender,” Johnson said. “Matt is a very selfless player that contributes on both sides of the floor. He is a tough rebounder down low but also can step outside and knock down shots on the offensive end.”

“Eric is a good ball-handler that can space the floor,” Johnson said. “He also gives us another playmaker on the offensive end.”

“Jake provides us with a relentless motor and can get to the rim very well. He is also a gritty, on-ball defender,” Johnson said. “Ryan is a hard worker every day in practice and a great teammate.”

“Adam is a hardworking, team player that does whatever is asked of him. He is a strong, physical rebounder and defender,” Johnson said. “Connor is a scrappy and gritty defender. He can get to the rim but also knock down shots. Jack is an undersized forward that plays much bigger than his size. He is a smart basketball player that is always in the right spot.”

Overcoming the introduction to a new coaching staff and game plan provided the Blue Devils with a challenge in the preseason.

They’ll get to see how far they’ve come tonight at Columbia.

“Our goal this year is to take one game at a time by playing hard, playing smart, playing together, and focusing each and every day of practice,” Johnson said. “We want to see improvement every day in practice as well as every game.”