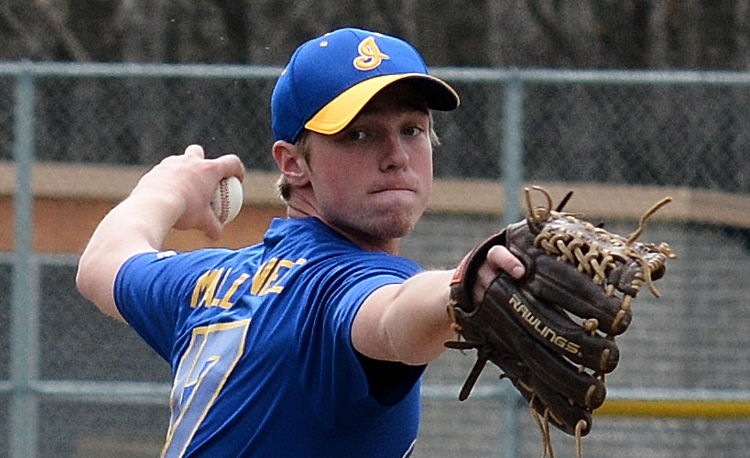 Independence’s baseball team will rely on a deep and talented pitching staff to maintain its competitiveness this spring.

“The coaching staff is optimistic about the upcoming season,” first-year coach Jim Crooks said. “Despite losing six or seven starters from last year’s squad and the overall makeup of the team seeing varsity experience for the first time, we are excited about what we have in the lineup this year. A lot depends on how quickly our new guys on varsity adjust to the speed of the game. We have a very solid pitching staff which will allow us to be competitive. Our goal is to always compete and we feel we can challenge for a league title if our offense manages to put 4-5 runs on the board a game.”

McMahon committed to Toledo earlier this year and Mallernee signed with Hiram last week. That duo will chew up most of the innings for the Blue Devils this spring.

“We feel our strength will be in our pitching staff and our ability to hold runners with strong catching and solid defensive play,” Crooks said. “These attributes give the coaching staff a great deal of optimism.”

Junior Kevin Mooney returns behind the dish. He batted .368 last spring. He’ll be backed up by senior Michael Valenti.

Mallernee, who batted .310, and McMahon will split time at first base and senior Nathan Steffas will play second. Sophomore Connor Blum, who batted .409 last spring, is slotted at shortstop and Marcinko will play third. He hit .262 last season.

Senior Nick Rossi will play left with Belitz and Watroba projected in center and right, respectively.

“Sam Belitz is a newcomer who is showing potential on the mound, at the plate and in the field,” Crooks said. “We have a strong senior group on this team, led by Hiram recruit Jordan Mallernee, who have collectively fostered a blue-collar work ethic, positive attitude about the game and demonstrated solid leadership.”

Despite the turnover from last season, Crooks is optimistic the 2019 Blue Devils understand what it takes to be successful and are willing to put in the work to improve upon last season’s 12-13 record.

“Though there are differences, there’s still a dedication to playing the ‘Independence way’ that runs consistent across the board,” he said. “We lost a lot of experience due to graduation last year and will need to work hard at making improvements each and every game. We will need to stay away from giving up big innings and make the routine plays. Offensively, we need to compete at every at bat and be able to manufacture runs when necessary.”