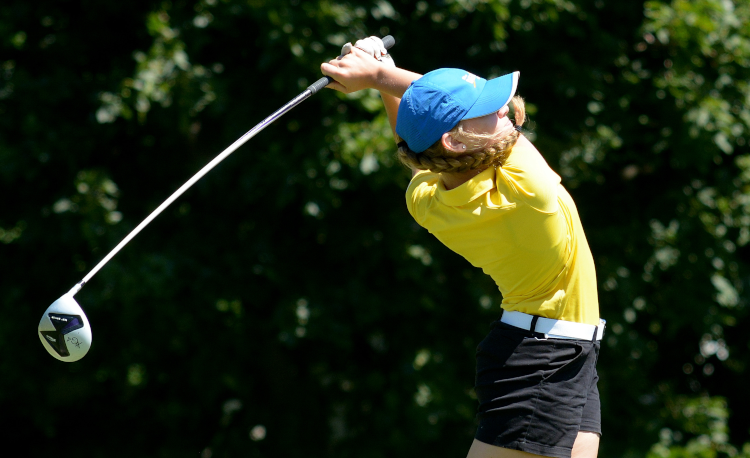 Independence topped defeated host Hawken on Thursday in the second key conference match of the week for the Blue Devils.

After beating Chagrin Falls earlier in the week, the Blue Devils downed the Hawks 186-196 at Punderson Golf Course setting up a showdown with Lutheran West next Tuesday with the winner taking control of first place in the Chagrin Valley Conference.

“We went into this week knowing we had two big conference matches that were going to be tough,” said Independence senior Morgan Pascarella. “Everyone on the team played great and its good momentum going into the rest of the season.”

Hawken’s Ella Wong claimed medalist honors with a match-low 38 but Independence bunched together four scores to pull out the win.

Pascarella led Independence with a 40, Allie Ksiazka added a 45, Hillary Esper finished with a 49 and Reese Vilcheck carded a 52.

“I was hitting the ball well throughout the day,” Pascarella said. “I rarely got into trouble and when I did, my short game was able to make up for it. All around, it was a good day.”

Kate Peterson shot 44 for the Hawks and Rachael Slotta and Juliana Pollard closed out Hawken’s scoring with a 53 and a 61, respectively.

Independence hosts Lutheran West on Tuesday but first, the squad will entertain several competitive programs in the Blue Devils Classic on Saturday.